A plan to relocate New Zealand's smallest bird to Wellington's Zealandia Ecosanctuary has been put on hold after a decline in the population. 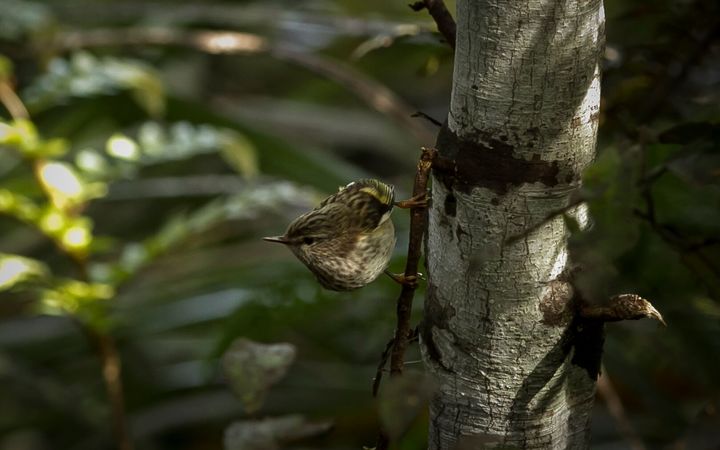 80 rifleman, or tītipounamu, were set to be transferred from Wainuiomata to the ecosanctuary in March.

That plan has now been delayed for a minimum of two years because the bird population at source is too small to sustain such a fragmentation.

The Greater Wellington Regional Council's manager of biodiversity, Tim Porteous, told Nine to Noon the population had been affected by an increase in rat numbers.

Mast years, where seeds were plentiful, could lead to a huge rise in the rat population and there had been two such years in quick succession, Mr Porteous said.

"When a mast year comes along with an excessive amount of food available for rats, their population explodes of course.

"They're not interested in eating our toxin, they're busy eating the seeds, they reproduce madly and there's a huge population," he said.

The rats then killed the young birds, eating them while they were still in the nest, he said.

Riflemen were good breeders and if rat numbers could be reduced through toxins and trapping, the bird population could be back up to an acceptable level in about two years, Mr Porteous said.

"If there are no more mast years we'll be right up there very quickly - we know the techniques we use are very successful in the absence of a mast year," he said.

"We've put [the rifleman] on the backburner for now, we keep touching base with Greater Wellington to see how the rifleman population is going there, but we can also start to scope other sites. There might be other places that are suitable to translocate the birds from," she said.

Of the 18 bird species translocated to Zealandia, 13 have thrived, she said.