At the moment there is no foolproof way to determine the extent of brain damage after a head trauma.

But what is known is that returning to the pitch or work too soon can increase the risk of permanent damage and developing a neurodegenerative diseases. 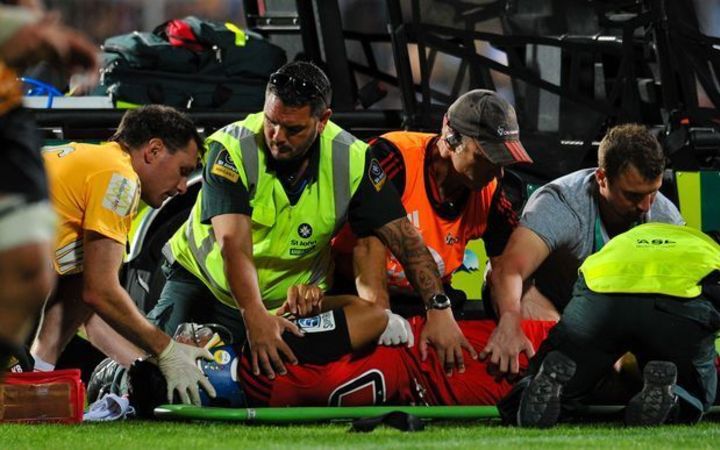 The Crusaders' Reed Prinsep being treated after suffering a concussion Photo: PHOTOSPORT

A clinical trial is underway to identify a bio-marker – such as blood or saliva - that could be tested to measure brain damage independent of concussion symptoms.

Sandy Shultz is a senior researcher from the University of Melbourne's Department of Medicine at the Royal Melbourne Hospital.

Dr Shultz told Nine to Noon that using a bio-marker takes the guesswork out of determining whether a brain injury has taken place, and helps to determine when a patient can return to the sports field or to work.

He says an injured brain releases different proteins which can be measured with a test.

“Brain injury is very complex and so some of the different proteins we look [at] for example, one of the proteins might be really useful in … diagnosing the initial injury.

“But that particular protein might quickly recover … and so when we are trying to look at when it is time to return to play then we may look at a different protein.”

In the study, before the season starts, a baseline blood sample is collected from Australian rules football players, which is compared to samples taken after an injury has taken place.