What's going on in the Arctic?

Unusual weather shifts around the North Pole are worrying scientists who see them as evidence the climate is irrepairably changed. 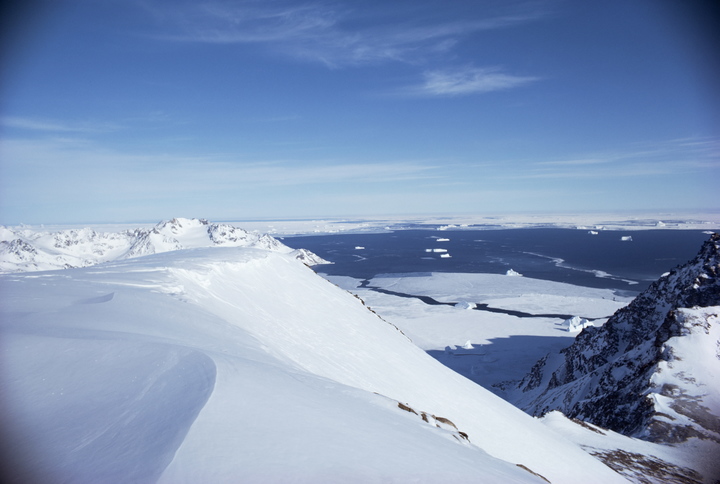 Sea ice in the Arctic Ocean this year continued to melt during the polar winter -- the first time this has been observed in modern history.

A climate scientist at Victoria University, James Renwick, says the increase was caused by record global temperatures, unusually warm air currents, and the surface of the Arctic Ocean being warmer than usual.

"It's very clear that changes in the Arctic are much more sensitive to greenhouse gas increase. This year we'll be seeing a bit more of a spike I suspect, but the overall trend is very much upwards. The globe has warmed about a degree overall in the last century and the Arctic has warmed more than two degrees."

"Natural variability", in the form of turbulent seas and strong winds around Antarctica and the southern ocean, mean that is will take much longer for climate change to have an effect south of the Antarctic circle, Mr Renwick says.

The Arctic sea ice is much thinner than it was 30 or 40 years ago, he says. This makes it much easier to melt away again once the sun comes back after the winter blackout. 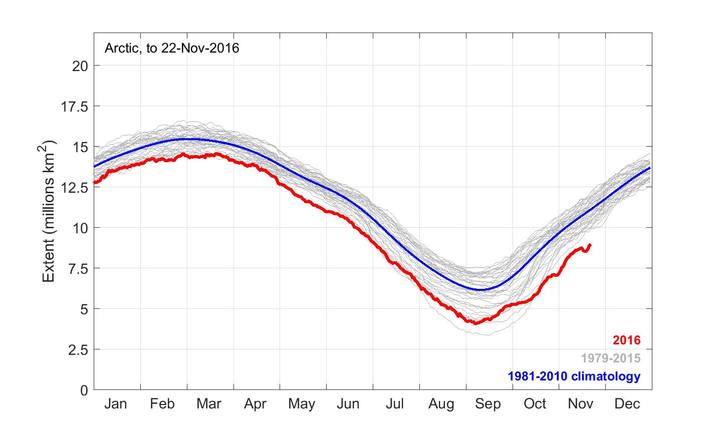 "There are several months of darkness over the Arctic ocean, so you will always get sea ice coming back in the winter, but we will reach a point in the not too distant future where the ice will completely melt away in the summer."

Mr Renwick says the phenomenon is a further sign Earth's climate is becoming more unpredictable and it is already having a roll-on effect.

"The amount of snow over Siberia and northern Canada has decreased very rapidly over the last few decades, so that will help to melt the ice on Greenland and melt the glaciers in Alaska and so on," he says.