Is the government playing 'hide and seek' with carbon?

A new report claims the New Zealand government is trying to get around commitments to climate change targets by using 'creative' carbon credit accounting.

The carbon that forests absorb is used to offset emissions. But when forests are harvested, carbon is released back into the atmosphere, and this becomes a liability for the country. 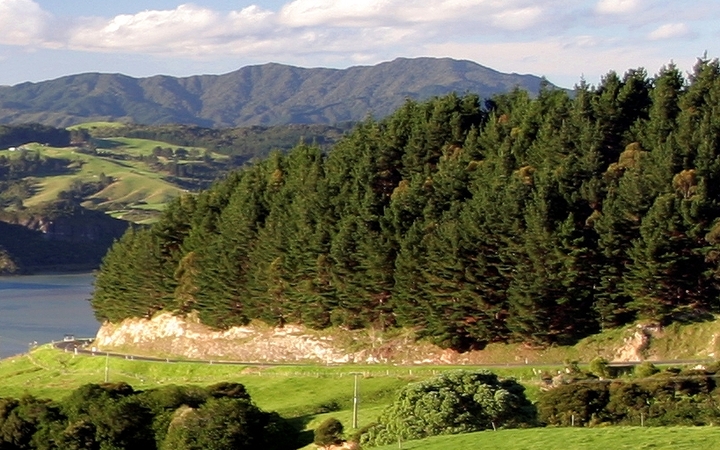 The Morgan Foundation’s report Cook the Books focused on the way the carbon sink from forestry is accounted for.

Paul Young, the report's lead author, says the plan – which will allow New Zealand to claim around 79 million tonnes of carbon (the equivalent to nearly one year's worth of emissions) – is 'devious' and sets a dangerous precedent before the UN Climate Conference in Morocco next week.

It concluded the government this year changed the rules by introducing an averaging approach to how carbon storage is calculated and that this flatters the country’s carbon accounts.

Presently the rules allow for carbon stored in forests planted after 1989 to be offset against New Zealand’s gross emissions.

“The current accounting method tries to estimate quite closely over time how much carbon is stored in those forests”, says Young.

So what has changed?

“Imagine a pine forest that’s replanted, it builds up carbon as it grows. Some of it is released on harvest, and then it rebuilds and that goes on in a cycle. What the government is proposing to change is once we reach the long-term average carbon storage, then that cycle gets averaged out.”

All of the forests planted at the end of the ‘80s have been in the credit part of the cycle, Young says.

“That’s been hugely beneficial to New Zealand in terms of meeting our targets to date, it’s actually covered our butts because our actual emissions are significantly above our targets. Now the government’s rule change means we will avoid the downside of that, we avoid paying back the carbon credit card which we’ve basically maxed out.”

Young acknowledges that this is a one-off windfall and that in principle using the averaging method is legitimate.

“The key issue here is the timing of the change, and changing the rules halfway through the games.”

He calls the move an accounting “game” that conceals the real problem.

“Playing hide and seek with our emissions is not going to do anything to address climate change and we need to be focussing our efforts on real action.”