Is seaweed the answer to NZ's methane problem?

Livestock is one of New Zealand's biggest climate change issues and the methane they produce makes up almost a third of the country's greenhouse gas emissions.

Researcher Rob Kinley is a Canadian researcher with CSIRO - the Commonwealth Scientific and Industrial Research Organisation's at James Cook University in Queensland. 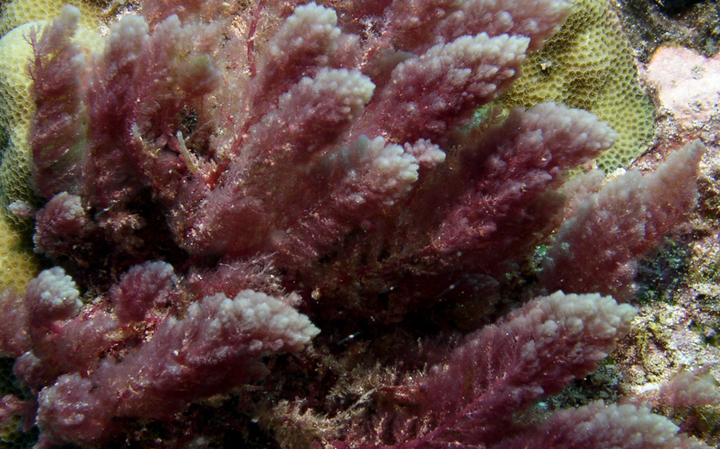 Mr Kinley said they found the seaweed species Asparagopsis taxiformis reduced methane by more than 99 percent in the laboratory.

"We were testing a range of species, about 20 of them, and while we were testing them I was measuring the typical 5 to 10 to 15 percent reduction (in methane) and then all of a sudden there was a break in the line.

"I actually thought we were having equipment trouble so I re-did it all over again and reset the samples, got new samples after that and low and behold that particular species was taking the methane out completely so it was unmeasureable in most samples. "

The seaweed species has a natural defence to protect itself against predators in the ocean, and it's that mechanism that has a direct relationship to the bug in the rumen of cows and sheep, said Mr Kinley.

"It depletes their ability to produce that gas by interrupting the pathway in their metabolism that leaves methane as a waste gas."

Mr Kinley said the seaweed has been measured in sheep because they require less feed and seaweed.

"We had over 80 percent methane depletion from those animals without any obvious effect on the digestion of their feed."

He said there was still more research and testing to do but it was likely the seaweed would be best fed as a supplement.

"This particular seaweed is quite effective at very low levels, so from about 1.5 to 2 percent of the dietary intake we can still get a 80 percent reduction in methane production in the sheep."

Deputy director Andy Reisinger of the Greenhouse Gas Research Centre said there were some concerns with the algae because it produced bromoform, which was thought to be a carcinogen.

New Zealand research scientists were working towards using the same methane-reduction chemicals which would not produce any animal health problems at all, he said.