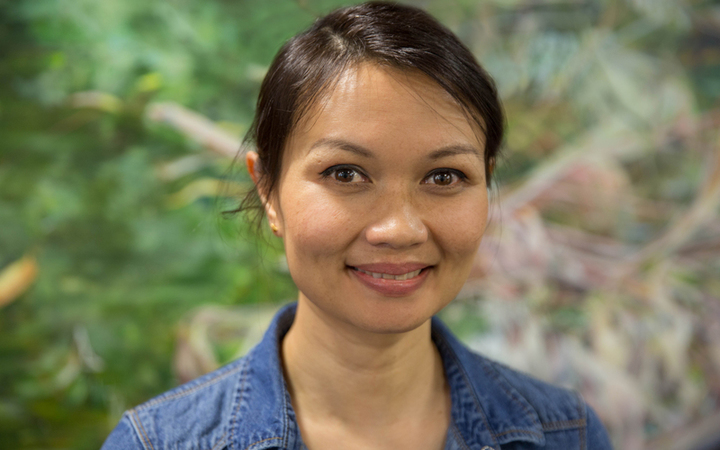 New Zealand singer-songwriter Bic Runga will be awarded the 2016 Legacy Award, given to Kiwi artists who have helped shape the NZ music industry. She'll be inducted into the NZ Music Hall of Fame at the New Zealand Music Awards on November 17th.

Nine to Noon's Lynn Freeman talks to Bic about the Legacy Award.

You’ve won a lot of awards, and accolades over the years, what does this mean to you?

I was really delighted to be honoured with this, and it’s given me a sense of confidence actually, I was halfway through a record when they gave me the news, so I finished the record with a different feeling of ‘oh people cared!’. It also made me think, I don’t  want this to be all retrospective. It’s kind kind of early to be getting an award like this.

It indicates what a musical punch you’ve packed, you’ve fit a lot into your career. If I take you back twenty years ago, when you started out, what were your hopes?

I was about 19 when I was signed, and I was really hopeful to have a strong career in music. I was really dedicated, and I did have a really good run, those first 6 years. I was driven. I’ve sat out of the industry the last few years, having a family, so it’s cool to be recognised like this, I feel like I’m getting a second chance.

It would have been easy to be overwhelmed by all that early success, but you kept your feet on the ground.

Yeah I was given lots of opportunities, I was moved to New York by my manager when I was really young, and I was really green. I hadn’t been overseas before. We had little victories here and there, but it was never too much too soon – it was just a steady build.

All that media attention, and expectation when you have a tremendous debut album, and you have that problematic second album. How did you find that media attention? I remember you as a sweet shy young thing coming in to do an interview with John Campbell on a Saturday morning.

It was about media attention, because it must be hard. You become a household name, people are interested in your story. How did you handle that? Especially when you were younger.

Well it’s different now – I think now you have to live everything online.  I guess I’ve been quite aloof of social media, because I am quite a private person.  That’s not my scene. It’s been manageable to me, I just do what feels right.

Yeah, the album I’ve just made, some of the songs are covers. Because I have been finding it hard to write exactly what I want to say. And it’s been quite a good challenge to make an album with a lot of ready found songs, finding things I can speak through. I’m excited about that. I haven’t made a covers record before.

What are the kinds of songs you’ve been drawn to cover?

I learned a ton making this record. There’s  a lot of really obscure songs. It’s not the covers record you’d expect. The best known song is probably ‘The First Time Ever I Saw Your Face’ – it’s such an arresting song. There’s also Beach Boys, Nick Drake, Love. A lot of 60s/70s stuff.

Is it interesting hearing other people interpret your songs?

I love hearing people sing my songs. It’s a treat. I never really thought that would happen. I’m always surprised by how they sing it, it’s amazing how different it can be.

I remember hearing an interview with Phil Spector, a producer from the 60s and he was saying the reason why the Beatles were such a big success was because they were great interpreters of their own songs. When you’re a songwriter, sometimes it’s okay to write the song, but then, to know how to sing it, is a different kettle of fish. When someone else sings your song, you’re hearing it for the first time in an objective way.

You’ve done a lot of touring – is that one of the pleasures?

I love playing live, it’s really fun, and I love being on the road. I’ve missed that a lot. I have three children now, and two of them are still really young. I’m probably not going to be able to tour extensively until they’re a little bit older, although I do have some plans for the summer.

Bic Runga’s new album Close Your Eyes will be out on November 18th - the day after the NZ Music Awards.