Do you have an all-or-nothing kid?

Do you have an all-or-nothing kid? 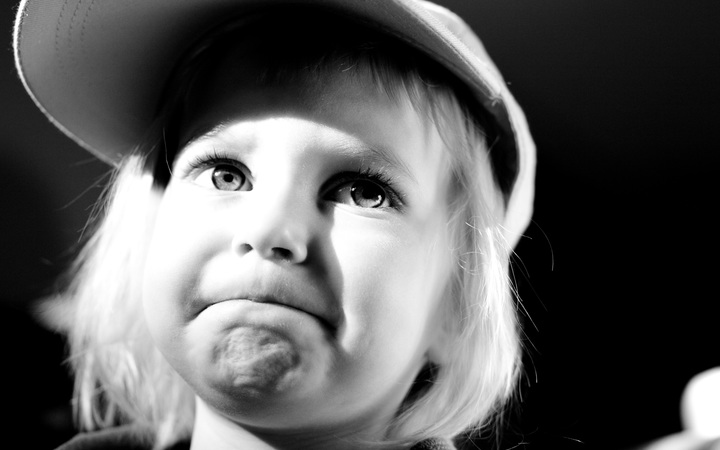 Christchurch psychologist Mike McKinney tells Kathryn Ryan it’s often helpful for parents to look at their own expectations and motivations.

Who has the all-or-nothing personality – the child or the parent? Or do they tend to come in pairs?

I think that’s a very good question and the latter point is of real relevance to us. To understand the children, what’s happening for them, we often have to look at the parents and where they’ve come from and how they’re going through their life. We often see that the parents have very high expectations and like to achieve themselves. Of course that flows through to the children, the family and how it’s set up.

Without getting stuck in another nature-nurture debate, do we see often from quite early this particular personality style?

For me the interesting thing [about competitiveness] is how is that shaped or how is that balanced. Indeed, does it become balanced? In families we start to shape things because it fits with the values of the family, the goals of the family, so certain traits can become more pronounced over time.

What is characteristic of these children? What are the sorts of behaviours that identify them?

The key things are the narrowing of focus or the singular focus on particular things – this can be playing sport, doing ballet, learning the violin, academic work. The rest of the world starts to get shut out somewhat because there’s this goal in front of you. We’re talking about children becoming goal-directed at a young age and the focus starts shifting towards achievement.

Do they often tend to be the kids who are doing sport, violin, study and everything else?

High achievers are well known for having multiple talents. I recently talked to a parent about his son who was doing many things. Six days a week he had after-school programmes. I said to the dad, ‘How does he feel about this workload?’ And the dad just looked at me and said ‘I don’t know. I haven’t asked him’. I sometimes wonder who is this in service of. Is it for the child or is it about achievement [being] valued highly in the family?

When [children] lose the innate joy of what they’re doing – is that something you might want to have a think about?

We’re talking about intrinsic and extrinsic motivators here. For a lot of young people it begins by wanting to please, meet the goals of the family… we know these are very powerful things for young children. Over time they begin to take it on board themselves – ‘This is who I am. This is what I need to do.’ The difficulty comes when good isn’t good enough anymore. The issue of perfectionism starts to rear its head and that can become a real double-edged sword. High standards stop being a motivator and become a driver.

Is perfectionism a step above what we’re talking about? What might you see with that kind of kid?

One of the issues with perfectionism is people who have these traits keep setting the goals higher and higher. And they take it on board themselves so they don’t feel like they’ve succeeded unless they’ve done very, very well. Then we come back to the idea of who are they doing this for?

In terms of identifying what’s going on it’s about looking at how are they relating to these things? Is it something they’re feeling comfortable about or are you noticing there’s a level of trepidation or anxiety coming in?

Particularly with teenagers, there’s a couple of anxiety aspects that tend to stand out and one of them is the performance part. The other one is fear of negative evaluation, where they’re starting to compare themselves unhealthily to other people – peers, family members – and they’re not feeling like they’re good enough. It’s important to watch out for these signs and try to engage them in conversations about what’s going on. Why is the tension, why is the stress coming about?

Is that where those open questions will start to give you an indication of what is driving your particular child?

I think so. It’s about working with them, being beside them and noticing what they’re doing. We need to have those open conversations, but we also need to be involved in each others lives. Not the helicopter parent type thing, but some open forum where you can discuss what’s going on. This isn’t saying don’t achieve, don’t challenge yourself. [The trouble starts] when children lose that sense that a mistake is not the same as failure.

How do you go about building in resilience and acceptance of not always getting what you aim for as part of a healthy learning style?

In part of my book I talk about the ‘nothing’ aspect. This is where people are so focused that if they don’t reach what they want, they give up, they stop. It’s overwhelming, they can’t handle it or the pressure is too great so they pull back from it. But also fear of failure gets in the way, so sometimes they don’t even start to do things. It’s about talking with these young people and saying the process is quite important.

As you get feedback along the way and we give you feedback, it’s to problem-solve, it’s to help you see where you can fine-tune, you can adapt. All or nothing individuals tend to see feedback as meaning they’re not there, they haven’t got it, it’s not right. We have to help them understand feedback is a positive thing and we can work with it. A key aspect is helping them to understand that being flexible with how they see themselves and relate to things is important.

Psychological inflexibility traps people into only seeing one way. The only thing they can is push harder, go further. And it comes, sometimes, at the cost of health.

Often this happens within a family environment and be influenced or exacerbated by a parent’s own behaviour. What questions do you need to ask yourself?

I think it’s looking at what drives us. Schemas — the core beliefs we develop about ourselves, what’s important — are laid down very early. As parents, it’s asking how have I gone about things? Am I doing this because I want to be famous, I want to be rich or because I actually enjoy it? Research is showing that folks who do well in their jobs and succeed are ones that are engaged, not driven to be the best.

The other matter is overscheduling. How important is that to a child or an adolescent, leaving some space in their schedule?

It is because it’s easy to get overwhelmed. What adolescents and children are struggling with is creating their own identity. And they’re growing physically at great rates. If there is no time to stop and catch your breath, what you’re teaching them is that the only way to get ahead is to be fully focused, don’t stop or else you won’t make it. The problem comes when the young people get into this dichotomous way of seeing the word – “I’m either this, full-on and achieving all the time, or I’m not good enough, I’m nobody.”

I use the metaphor of a light switch. You turn it on, you’ve got light in the room, you turn it off, you’ve got no light. What I’m suggesting is we can put a dimmer switch on that and that dimmer switch allows us to adjust the level of energy to what’s required at the time. It doesn’t always have to be full-on or full-off.

*This interview has been condensed and edited

Mike McKinney is the author of All or Nothing: Bringing balance to the achievement-oriented personality.