"They've got it right" - The Spinoff's response to NZOA changes

One critic of previous NZ On Air funding choices, particularly some of the big-budget TV, was Duncan Grieve, founder of The Spinoff. 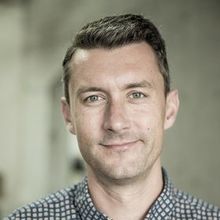 What do you make of what is proposed here?

I love it. It’s very necessary. You could argue it’s overdue. It’s the reform that audience behaviour has been crying out for for a number of years now. Obviously the document is not out yet, but by the sounds of it they’ve designed it for purpose, which is fantastic.

What are the biggest implications, though, for those who make what you might call ‘expensive’ content or have infrastructure? Are they going to be most vulnerable or susceptible to the opening up of funding this way?

Yeah. They’re gonna have to adapt or die – and some of them will. I just think we have to live with that because we can’t just continue to make content for audiences which are splintering and disappearing. NZ On Air doesn’t exist to perpetuate a New Zealand screen production industry. It exists to make content that audiences want and need.

Are we at risk of losing something else because there simply won’t be funding for it?

Yeah, we will. The thing that frustrates me about the citing of how great [the web series] High Road and Flat3 and so on are – those are 'labour of love' projects that were initially completely unfunded and have latterly been funded in a way that really doesn’t pay for anything more than some fixed costs, by comparison to some of these big-budget dramas… The fact remains that we’ve got one industry that is starving for funding and one that is completely underfunded. There’s a rebalancing act that we’re going through right now.

What of the journalism and the current affairs end of things?

That’s where NZ On Air has been forced – by circumstances and a market failure within journalism – into becoming a funder of journalism. They didn’t ask for that, but it’s sort of happened, and now they’re having to deal with it. I sense that they’re sort of reluctantly there, but I don’t think they have a choice.

Is it time for this funding to be opened up completely, the way it has been?

It is to me. I think we’ve got a bit of a generational split going on. Broadly speaking, people under 40 are predominantly consuming their media digitally now. We use the term ‘content’ because ultimately it’s all coming through the same medium, and its effect on you – whether it’s text, video or audio – is ultimately the same. We have this attachment to production values and ways of doing things that we’ve had before, but the audience doesn’t care about that. They simply care about the sentiment itself and its expression. The idea that we must continue to make drama or we must continue to make long-form current affairs, I think that’s only true in so far as the audience retains the demand for it.

That is the nub of the immense challenge that faces NZ On Air in particular. They have to continue to serve that 50s, 60s, 70s, 80s cohort of the audience, which does behave relatively homogenously by comparison to the much younger one. Right now, if you were able to have a god view into this thing you’d see that a vast proportion of the funding was servicing that much older demographic which has enough in its favour already, in my opinion.

What about music? What do you make of what appears to the ring-fencing of music funding?

When music funding was reformed four years ago, it was reformed in the image of what we’ve now done with television and other forms of media. I applauded those reforms at the time and I think these are basically of a piece with them. The obsession with commercial radio will have to, I think, eventually die off. Obviously they’re moving towards focusing on streaming, which is obviously a harder nut to crack in some ways, but I think broadly they’re right to, having reformed music, leave it as it is. But there is definitely a still existing and acknowledged problem of once you make this great music how do you put that in front of an audience? I still don’t think they’ve figured that out.

What do you make of the way the commissioning process is going to happen?

That remains to be seen. I think it’s an immensely difficult job. You’re trying to weigh knowns and reliables with a downward curve in terms of the audiences’ age and so on. It is going to be immensely difficult and will demand extraordinary skill sets from those in charge of commissioning. But that’s kind of what we’re all doing out here in content creation land – these immensely complex jobs. I think there’s just no other way but through it.

Are you going to be able to bid for some funding?

We already have, if I’m honest, and we find out pretty soon if we’ve been successful. I love massive conflicts.

I didn’t know that. Thank you for the belated declaration of conflict of interest.

I need a standing line at the front of everything I do – “I’m a conflict-laden mess”.

Well, that kind of sums up the world today. Everyone has to be everywhere. It’s pretty difficult to avoid and it’s actually a component of all this.

Yeah. RNZ, ultimately, was also part of the NZ On Air funding sphere. We just have to declare it and live with it and try and get through this incredibly muddled era into whatever the future is going to look like with more stability, if it comes.