The number of Family Court lawyers has dropped to the point where there aren't enough to file protection orders or act for vulnerable children, the Law Society is warning. 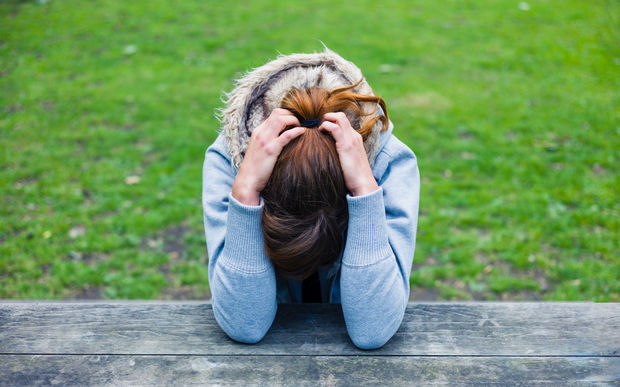 Over the last five years, there has been a 25 percent decrease nationally in the number of lawyers providing family legal aid services, with some saying it has reached crisis point.

The government, however, says the number of lawyers around the country is more than adequate to meet demand.

Law Society spokesperson Michelle Duggan told Nine to Noon the regional variation could be much worse than the national situation.

Marlborough, for example, had experienced a 64 percent drop since 2012. In the Wairarapa, the number of Family Court lawyers had dropped from 15 to seven in the last three years.

The situation was also "critical" on the West Coast, Ms Duggan said.

"The challenge of this work is that it's needed urgently. It isn't OK that people can get appointments but the appointments are two weeks out or three weeks out.

"When you're in an urgent situation, when there are safety issues, you need to see a lawyer - if not today, then tomorrow, so the documents can be prepared and orders hopefully made."

Blenheim-based lawyer Caroline McCarty said there were only three lawyers providing legal aid in her area and the situation was "in crisis".

"There's simply not the pool of lawyers to do that work, and the work is stressful, it's urgent and people are just not wanting to do it anymore."

She said the main issue was that the system operated with fixed-fee funding that covered only a certain number of hours for each step of the legal process.

"From my inquiries, and I did send a sort of SOS request around other law firms when things were just becoming so difficult for us to continue to take on the work, the response [to what is causing the problem] appears to be remuneration," she said.

"And I don't think it's just the new fixed-fee regime that came into place with legal aid, but it's the fact that the system of legal aid makes it very difficult to be adequately renunerated for the work that you're doing."

When lawyers inevitably went over the number of hours for which funding was provided, they had to go through the process of asking Legal Aid Services for more money, she said.

"I think it's just got to the stage where you have to keep asking for money to do your job well.

"People are not able to run businesses using a standard model of income versus liabilities and outgoings on the legal aid fixed-fee rate. It's just not feasible, and that's the feedback I've received from other law firms in Blenheim as well."

Aside from the issue of remuneration, the work was difficult and often urgent, she said.

"I think lawyers have just got to the stage where they are burnt out, and I can speak only really for Blenheim, where they're burnt out with doing that sort of work and are just not willing to accept it, and I'm in that boat as well."

That meant people were having to go outside the region to get the representation they needed, she said.

"We've found in Marlborough that they're having to go outside of the region. They're getting picked up fortunately by Nelson and Christchurch lawyers but of course they're not getting a face-to-face lawyer."

'There's just not enough of us and we're not funded'

He said, despite six months of advertising, nobody applied to take his place.

"I just had to stop taking instructions back in about March and just spent two or three months turning people away until I left.

"The cases I still have, I'm having difficulty find other lawyers to take, I'm still dealing with matters down in Wairarapa, Palmerston North, Wellington at present by phone. I'll appear in the Masterton Family Court this afternoon by phone because there's no one to take the cases.

"There's just not enough of us and we're not funded," he said.

He was most worried about what would happen if domestic violence victims couldn't get the help they needed.

"The domestic violence is probably the one that concerns me most because it is urgent and it kind of defies the nature of the work if you have to wait three to four weeks to get an appointment for an urgent protection order."

He said, if it took longer than about 24 to 72 hours to get an order, it became difficult for people to finish the process and other support services dissipated.

"But in a place like the Wairarapa, and I guess Blenheim must have gone through the same process, where maybe 100 percent of your clients are legally aided, it's just not sustainable."

Changes to the funding system should be considered, he said.

"If you really want our most vulnerable families, our most impoverished families to have access to justice, you've got to be able to fund the lawyers there.

"I don't have the big solutions but, to my way of thinking, where there is a large percentage of legal aid users going through the courts, that the legal aid spend should be biased towards that - with some kind of subsidy for any application made in that court just to help fund that ability to have lawyers there for the people."

Associate Justice Minister Simon Bridges said there were more than 1000 lawyers approved to provide family legal aid throughout the country.

"The number of available lawyers is more than adequate to meet client demand."

He said, if gaps were found, Legal Aid Services ensured funding was available for lawyers from neighbouring regions to help.

"The government has recently invested in legal aid. Budget 2016 included $17.2 million to increase eligibility for civil and family legal aid - which will help an additional 2700 New Zealanders each year by 2018/19 - as well as $74.5m for the overall provision of legal aid."