Indigenous people in prison - can the vicious cycle be broken?

This, according to Canadian Justice Minister and Attorney-General Jody Wilson-Raybould, is a problem present in many formerly colonial nations. 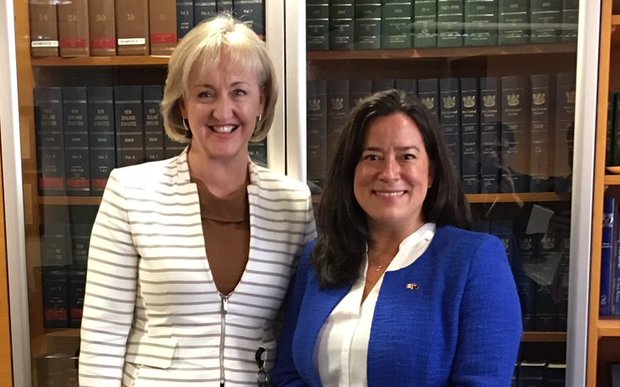 In Canada, indigenous peoples are 4.4 percent of the population - yet make up 25 percent of those behind bars.

“There are many factors that have led to the situation we’re in," she told Nine to Noon.

“It’s not simply just within the criminal justice system – but looking more broadly across government… understanding poverty, marginalisation and inequality.”

Ms Wilson-Raybould is in New Zealand on an official visit to assist her review of the Canadian justice system, a process aimed at tackling these levels of over-representation directly.

On Monday, she met with New Zealand's Ministry of Justice to discuss the similarity of the problem faced by the two nations.

“I think we have a lot to learn from each other.” she noted.

Good for indigenous peoples, good for the country

Such a review is no easy task.

Ms Wilson-Raybould said she firmly believed that a “revolving door” existed within the criminal justice system in Canadian society – with those who came out of the prison system not having adequate facilities of care, and subsequently re-offending.

“We need to ensure we can do as much as we can to support that individual when they leave the system – for their addictions, for mental health issues, and to find a place back into their communities.”

Additionally, she supported restorative justice processes as a “circuit-breaker” for the high imprisonment rate of indigenous peoples.

“There are a number of communities and provinces in our country that have put in place sentencing circles and a community focus to rehabilitation.”

These strategies, she said, would lower the rate of re-offending tremendously.

Other methods of lowering the rate of Canadian indigenous imprisonment included plans to support indigenous community empowerment – and install culturally appropriate training programmes for members of the justice system.

“Many people who find themselves in the criminal justice system come from child welfare backgrounds” she said.

“So we need to understand those links, ensuring we provide space for individuals to connect in their communities… recognising issues with lack of housing, lack of economic opportunities, and education.”

So what’s the next move?

“We’re at a place where we need to bring Canadian people into the conversation," she concluded.

“We need to move the dialogue to understand that… if we reconcile with indigenous peoples in Canada, it will be good not only for indigenous people’s quality of life – but for our country.”