In 2016 our lives run to tight schedules in which every second counts and is counted. But how and when did humans begin to keep time? 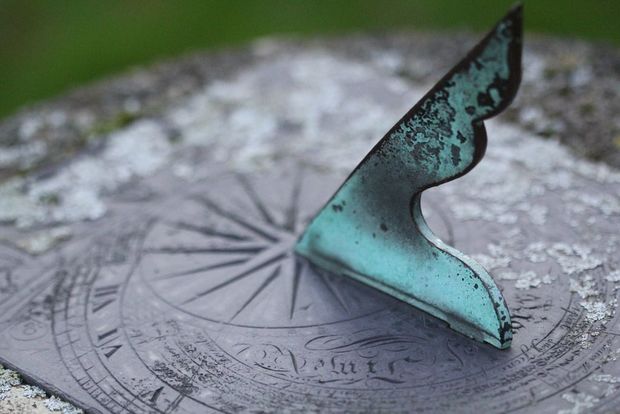 According to Karney, archaeological sites reveal that ancient people were more concerned with telling the time of the year than the time of the day. Agriculture (and peoples’ livelihoods) revolved around the changing seasons – equinoxes, solstices - which were marked by feasts and sacrifices.

Until medieval times, sundials measured 12 hours between sunrise and sunset so what was known as ‘an hour’ varied in length depending on the time of the year.

Kevin says it wasn’t until almost the Renaissance that sundials became clever enough to measure ‘common hours’ (hours of equal length) when the Arabs discovered that if the shadow-caster of the sundial was parallel to the earth’s axis a sundial could give equal-length hours (common hours).

These first clocks were extremely inaccurate. “If you told the time to within half an hour with one of those you were doing well” says Karney.

The rise of international trade – and the growing importance of precise navigation – brought about the development of ‘mean time’ (basically, the time told by the stars).

“If you wanted to get your ship from A to B and not run up on rocks, you had to work out longitude very carefully, and to tell longitude you had to have very accurate time.”

It turns out hourglasses were very important for mariners, too. Sailors would toss a log over the back of a ship tied on to a bit of knotted rope. The bit of rope would run out and the sailor holding the rope would count the number of knots that passed through his fingers in 30 seconds - and that was the speed of the ship. This is why ships’ speeds are still measured in knots.

Before time zones were introduced in late 19th century, ‘mean time’ was ‘local mean time’ established by the sun hours of particular places. “The time in Auckland would be different from the time in Dunedin because you’re on different longitudes.”

New Zealand was the first country in the world to introduce ‘national mean time’, says Karney, prompted by a new telegraph cable crossing Cook Strait in 1866. To save confusion, the time in Wellington became ‘New Zealand Mean Time’.

From 1880, Greenwich Mean Time (GMT) became the national standard for the world. Then in 1971 (the much more accurate) atomic time was adopted in the internationally-accepted Co-ordinated Universal Time (UTC). UTC is now distributed by a bureau in Paris which co-ordinates the world’s atomic clocks.

Karney says that although most of us really don’t need to tell the time with great accuracy, we are now inescapably trapped by time, even when we drive. “You can’t drive your car without a GPS device – and that of course uses exquisite timing from three satellites and triangulation.”