How should communities deal with serious sex offenders?

Notifying people about sex offenders in their community might cause more harm than good by hampering their ability to reintegrate, a psychologist says.

Earlier this week, the Department of Corrections was forced to move a convicted child sex offender from a Lower Hutt neighbourhood after an outcry by locals, after he had been managed in the community for more than 10 years without re-offending.

He was living under extended supervision in the Lower Hutt suburb of Maungaraki, but is now living in the grounds of Christchurch Prison.

Questions have been raised over what has been described as "mob mentality" in Maungaraki, and whether that has inhibited the man's chance to rehabilitate. 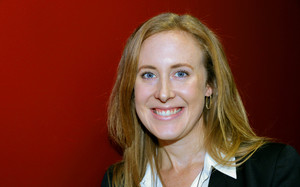 "I worry that community notification doesn't go towards achieving stability, and I think the costs far outweigh any benefits."

The decision to move the man was made after some 400 people expressed their concerns at two community meetings, and was welcomed by both locals and local politicians.

Lower Hutt mayor Ray Wallace said he was aware convicted sex offenders had to live somewhere, but felt moving the man was the right decision.

"Yes, they have to live somewhere - but certainly not in a child-friendly neighbourhood.

"We feel the best option for him would be to have one of the houses on the grounds of Rimutaka Prison, because... the safety aspect, it would certainly save a lot of taxpayer dollars having to monitor him 24/7, and we feel that would be an appropriate site."

But a therapist at the rehabilitative group Wellstop, Alexander Ness, said many of the people he worked with wanted to reintegrate.

Mr Ness said it was incumbent on Corrections - and society as a whole - to give offenders that opportunity.

"That is what reduces risk, and they're making plans, and they're considering where they are... because of the risk that they present, but also to try and re-enter society successfully, and without the backlash that might await them in the community."

Corrections said the man would likely be rehoused somewhere in the Wellington region.