A study of Wanaka school students has found a quarter are binge drinking on alcohol supplied by their parents.

The survey of 334 Year 9 to 11 students at Mt Aspiring College was commissioned by the Wanaka Alcohol Group to find out more about drinking in its community. 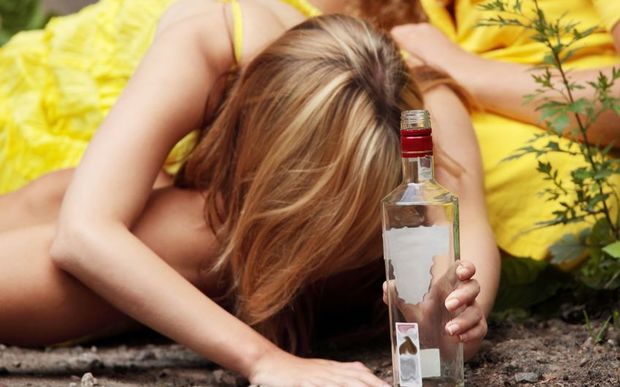 It found 28 percent of the students between 13 and 15-years-old drank alcohol regularly, and 25 percent were drinking to get drunk. Photo: 123rf

It found parents were very often the source of the alcohol, either by giving it to their children (62 percent), buying it on their behalf (32 percent), or allowing them to take alcohol from their home (41 percent).

Wanaka parents were also found to have a relatively high rate of alcohol use (89 percent), well above the national average (59 percent).

Wanaka Alcohol Group chairperson Rachel Brown told Nine to Noon the students reported good, strong bonds with their parents, but that bond was also leading them to drink alcohol at a relatively young age.

The young people surveyed felt they received enough alcohol health promotion, but said the promotion should be done with the adults around them.

The study was funded by the government's Health Promotion Agency.

The Agency's policy, research and advice manager, Cath Edmondson, said most of the survey reflected what was happening nationally, including the fact that most alcohol was coming from young people's parents.

The high level of parental involvement showed New Zealand had a culture that normalised alcohol in the family and community, Ms Edmondson said.

That culture needed to be addressed at both levels, she said.

The overall number of young people drinking, and the amount they are drinking, were both trending down.

However, the agency was still concerned about the rates of risky drinking and the impact on young people and their communities, she said.