Healing with the mind

Anyone who lives with chronic pain knows the search for relief can be a long and despairing process.

Three years ago Dunedin surgeon John Dunbar had a nine year old patient with Chronic Regional Pain Syndrome (CRPS) in her ankle who was unable to get relief until she saw Mel Abbott, who treats chronic pain and other chronic conditions with mind-body techniques. 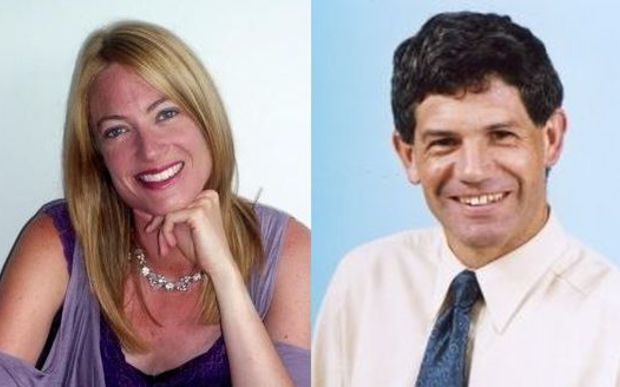 There are three areas that I’m looking at when I’m working with a client, and they’re all mind and emotion based.

When someone has had a life experience or an illness or some sort of trauma, it can push them over into a stress response that they get stuck in. Stress is meant to happen for a short period of time and then stop. But sometimes people get stuck in the ‘on’ switch and that can lead to a whole lot of health problems, not just chronic pain.

That can give rise to irritable bowel syndrome, chronic fatigue syndrome… even things like MS and lupus have a strong stress-response component. I’m working with helping people to calm the stress response so they’re able to allow their body and their nerve pathways to heal. That can lead to a massive improvement in chronic pain.

If people get stuck into these loops in their thinking, it leads to more and more areas of their brain becoming dedicated to maintaining chronic illness, even though it’s the last thing they want to maintain. It’s just the way that brain wiring works – what you use gets strengthened.

So if people are spending all day long worrying about their pain, thinking about it, body-scanning to see how bad it is, predicting every single thing that might cause more of their pain, that leads to more and more areas of their brain becoming linked in to the chronic pain, and that produces more and more of it. I’m teaching people how to recognise those patterns and how to stop them, as well.

Sometimes people could have had a prior emotional experience that they haven’t resolved that has ended up stuck in their body. That can produce pain or chronic illness in some form. For example, I had a lady who had chronic pain and when we looked into it, she’d had a previous husband who was very violent towards her. There were several particular memories that she hadn’t been able to process that were just too shocking and traumatic to her. As we processed them, all her pain stopped in under 24 hours. She had been a very serious pain sufferer before that.  Being able to release the emotional cause that led to [the pain] is another way that people can get rid of chronic pain and other chronic health conditions.

I’m seeing about 90% of my clients recover, which is pretty exciting given that [their] average length illness is 9.66 years… I’m seeing the people who have already been to every doctor, every specialist, every alternative practisioner – they’ve tried everything and nothing has worked.

Chronic fatigue is my biggest client group – half my clients come for chronic fatigue… I had chronic fatigue for 11 years and was on a WINZ benefit. I was all better in two weeks when I did this approach, so that’s why I got into this work in the first place.

The main [areas I treat] are fatigue, pain, anxiety, depression and bowel disorders.

What I ideally see in the future is that mainstream and alternative practitioners are working very closely alongside each other because we both offer really important things. There’s a really lovely opportunity for us to be working together to get even better outcomes than each of us just doing our own thing.

[My nine year old patient] went to see Mel and she was cured in about two weeks, when I’d been struggling for 18 months to get her right. I just couldn’t believe how you could come right so quickly.

Then a year or so later two other girls came along with the same sort of problem – this Chronic Regional Pain Syndrome –one in the knee and one in the arm. I read a little bit about what Mel did… and I told these girls about this concept. Lo and behold they came right in about two weeks. That overcame any scepticism I had from then on.

When I discovered that this kind of approach works, I was tremendously excited because I knew there was a whole group of people that we see within medicine who may not have to go through a loop of seeing one doctor after another – try to get an answer and not achieve it, and then eventually go to the alternative people and hopefully end up with Mel.

A lot of my medical colleagues will still be somewhat sceptical and say “That’s not really for me” because it is a different way of thinking and it’s not the way that doctors are really trained in.

I’m convinced it’s kind of like a missing link for doctors when we’re dealing with pain - not only doctors, but everybody, really.

My feeling is that [chronic pain] is just a trap you can fall into. Some people who think in a certain way are going to be more susceptible to falling into that trap. It’s not their fault. If we can point it out to them, then they can get themselves out of that situation.