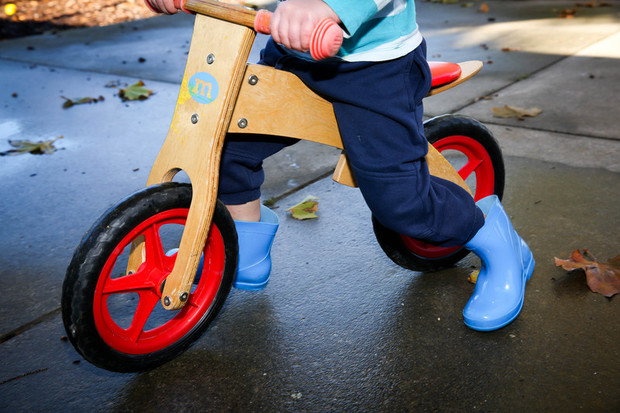 Remind us of what is so important in the first three years of a child’s life. What are the developmental occurrences in that time that make them so important?

It needs stimulus, and we’ve talked about empathy, for example it won’t develop unless it is stimulated.

Empathy is up in that brain number four, along with your ability to focus your attention. Attachment is another. Understand consequences. Just control your emotional response. All of us have a brain like a two-year-old, where to reach out and hit someone does not require much control. That’s because it’s brain number three, a two-year-old does it. It’s the wanting to hit someone and not doing it, that requires a frontal cortex. That’s the part that is optional. It’s about those first three years of life that is largely the determinant of whether you’ve got that frontal cortex or not.

What are some of the things that can go wrong, either by absence or occurrence that your or UK psychologist Oliver James talk about can be healed or at least mitigated to some extent. What kinds of interventions are we talking about?

He’s just talking about going back and that the brain is developmental. That you can meet its needs at any age. If you are dealing with a 15-year-old who has spent 15 years in an orphanage, it doesn’t mean it’s too late, it means we’ve got to go back and give his brain what it didn’t get as a newborn baby. You could simplify that down to say that brain number one needs a solid dyadic relationship with one other person and having the attachment relationship and that could be seen as what brain number one needs. So whether you’re bringing the child home from the hospital or you’re adopting a 15-year-old from an orphanage, they both have a need in brain number one to start off with a dyadic relationship.

They both have a need in brain number two to have a rhythmic pattern. If you gave your baby a pattern by rocking them. If the kid’s lying in an orphanage and that hasn’t happened, the needs of brain number two haven’t been met. If you get him at 15, you still need to do that. You might not be rocking him, but you might put him in a swing or a rocking chair or a hammock or something. But you’ve got to do something to put that rhythmic programming in for brain number two.

I’m simplifying this obviously, it’s way more complex than that and you’ve got whole practitioners working just in that area. But the way to heal it and what Norman is talking about is very in line with people like Bruce Perry, who are saying that you can fix those things, you just have to do them in the developmental order that they should have been done in the first place.