Until the 1970s the job of a bank was relatively simple - take the money from individual and corporate savings and invest them in productive business. 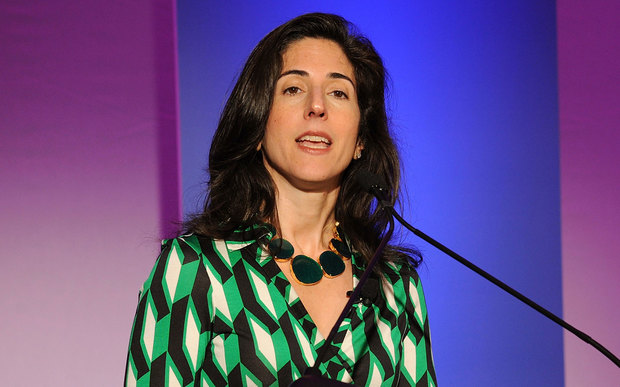 But according to Rana Foroohar that's a thing of the past.

She is assistant managing editor at Time magazine and the former economic and foreign affairs editor for Newsweek.

Her latest book, Makers and Takers, explores how modern financial institutions have turned away from ordinary business investment and towards speculation through vehicles so complex that their leaders can no longer track risk.

The upshot, she says, is a world where businesses can't get the capital they need to grow, ordinary workers are saddled with increasing debt in the absence of pay rises and the global economy occasionally melts down.

Read an edited snapshot from their conversation

KR: The GFC brought this so much into sharp focus didn’t it? When we all found out just how complicated the old idea of taking the money off someone, clipping the ticket and lending it to someone else had got.

RF: Absolutely.  2008 was really a turning point, not only in the US but globally too. But…this is a process that has been going on now for about 40 years so it began, I would say in the late 1970s in the US  - what I call the financialisation of the economy, which is the growth in power and size of the financial sector – but also the change in the business model of what finance does. So finance used to be sort of a help meet to business. Financial institutions would take out money and lend them out to businesses which would then create jobs and grow, that’s sort of how modern capitalism works as Adam Smith would have envisioned it. But the killer stat in my book is that today, only 15 percent of all the financial flows coming out of US institutions are actually going to business investment. So what’s the rest of the money doing? What’s the other 85 percent doing? It’s existing in this closed loop of trust of creating of the buying and selling of existing assets which tends to benefit the top ten percent of the population and the majority that owns the assets. And while I’m giving you US stats this is broadly true for most developed economies who are on the same trend line. The US and the UK are the most financialised, but everyone is going in this direction.

KR: What’s the story with how General Electric (GE), which used to be one of the United States’ great productive companies and how it makes money now?

RF: Well GE was the original American innovator that was invented by Thomas Albert Edison and it used to make all kinds of amazing products, and still does to an extent. But in the 1970s and the 1980s a change beginning to happen. GE got less interested in actually making products and more interested in financial services and up until quite recently it was actually a-too-big-to-fail financial institution. It had moved so much into the financial market that it had stopped being and innovator and started acting much like a bank. And what’s so interesting is that is part of a larger shift, if you look back from 1980 until today every American business across every industry – tech, airline, retail – the businesses themselves make about five times as much from financial services as they do from creating the goods and services of their initial business. And I’m actually arguing that this creates a lot of volatility and fragility in these firms. So another great example would be airline firms. Airline firms regularly now are regularly in the business of hedging oil prices and trading – buying and selling of oil futures. Often they make more money doing this than they do selling coach fees. But if they trade wrong they can lose billions and billions of dollars. So this move towards financialisation actually takes companies away from their core business and towards the financial markets and towards the volatility and towards a decreasing value, I would argue, for the long term.