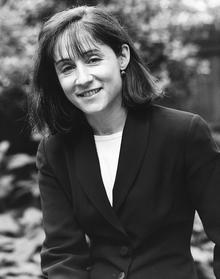 With the race for the U.S. presidential election in full swing, it is clear how money has a big influence on the country’s political campaigns.

New Yorker writer Jane Mayer has written about politics in Washington D.C. for the magazine for the past two decades. In 2010, she wrote an article on the Koch brothers - Charles and David - outlining their growing financial support for what grew into the Republican Tea Party movement. They have not been so much media-shy as virtually underground in seeking a public profile for their political funding, having poured millions of dollars into trying to defeat Democrats.

Jane Mayer who has a new book out on the brothers called Dark Money, estimates they will spend 750 million US dollars on this election’s presidential cycle. Some 300 million dollars directly on campaigns. She says the Kochs and their ultra-wealthy allies on the right are the single most effective special-interest group in the country.

Read an edited excerpt from the interview:

What we learn more about and what has become clearer is what was until recently an underground influential mix of big money and politics and the use of the super packs in particular. When did you first begin on the trail of this or even come across the Koch brothers?

Actually it was completely accidental on my part. I come from New York City and I was rounding a corner in the city and went by Lincoln Center, which is where the big cultural centre is and saw that the name David Koch had been carved into the front of Lincoln Center. I knew a little about him, I’m a political reporter and I follow money because that’s a big part of anybody’s job if you cover politics, and I knew the Kochs were putting a little bit of money into an organisation that was organising the Tea Party rebellions and yet, there’s their name in the middle of Manhattan and I thought ‘I bet there aren’t many people in New York City in cosmopolitan New York circles who know that this person is funding the Tea Party rebellion against Obama.’

I started to root around to find out what the Kochs were doing and it turned out while they publicly spent money on cultural philanthropy, which gave them a great name, they were very secretive about their political spending and it took a ton of investigative reporting. It took me years to be able to document the kind of spending that was going on at a subterranean level here.

The use of the super PACS, groups that fund political parties and interests, is this he main way that they have had their influence?

No. What made the story so interesting to me was Charles and David Koch approached American politics as an engineering challenge. They wanted to figure out, ‘How can we affect change most convincingly by spending our money with the biggest impact?’ Spending on candidates is only a small part of it.

There are a lot of papers I found where Charles writes about this very early on, going back to 1980. He’s writing about how he wants to create a radical movement, a radical-government movement. To do that, you would have to change the universities, change the professors you would have to create organisations that would go door-to-door and create think tanks that would push the message and pressure the politicians.

Basically they looked at politicians as just actors reading a script and they told one reporter early on that they wanted to write the script, so they set out to write the script in American politics and over a 40 year period they have done it in numerous different ways.

That’s what makes this story so interesting, is it’s not just people putting money on and picking out a candidate, they really wanted to create a political movement, and they have been relatively successful.