What sort of man will my boy become? This is the question Richard Aston from the mentoring programme Big Buddy hears the most. 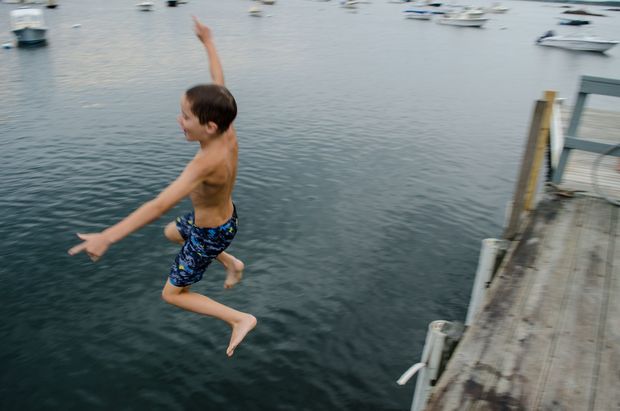 Our Boys – a new book Richard co-authored with his partner Ruth Kerr outlines what makes boys tick and describes their development from babyhood to childhood to manhood. It's also full of ideas for raising boys to become good-hearted, well-adjusted, happy men.

Big Buddy matches up boys who don't have a father figure with male mentors. CEO Richard Aston was a guest on Nine to Noon in 2014.

Richard Aston: These are broad generalisations – there’s always differences on the margins – but boys need to think by doing, by action. They need to have a lot of connection with the natural world at various stages in their life. It becomes really critical once they’re teenagers – and that’s starting to fall off in the digital age.

They need praise, which is the opposite of shame – they need less shaming and more praising. It’s like food to them.They need really strong engagement and really clear boundaries and authentic people around htem.

Boys have really good bullshit detectors, but they’re not relaly nuanced in reading people. You’ve got to be authentic. They get confused if you’re not being authentic.

[Boys] need to be around men. And they’re reading it flat out. Their neurons are going flat out in their brain forming ‘This is what a man is’. And it’s not like they’re going to become a mini-me of their father or their grandfather or the man in their life. They’re looking for a reference point in what malehood means. They’ll grow up and make their own decisions about what sort of man they’re going to become, but they need an anchor point to start with.

In terms of communications boys need pretty plain, clear messages. Nigel Latta has a good phrase – “Put a full stop on the end of it”, particularly when you’re setting consequences.

In puberty when the whole issue of sex comes up, I think it’s good for Dad to be talking about that or a man in the boy’s life, from a male perspective because there are some key challenges our boys are facing as they grow into puberty. A proliferation of porn is one thing – which basically teaches boys that sex is a fantasy world. And it’s got nothing to do with real relationships. Dad can be talking about real relationships and how intimacy is linked to those.A boy has got a fantastic amount of stuff to learn from his dad about sexuality and his emerging sexuality.

The worst thing you can do for your son is turn him into a mini me. Be aware of the projections. Put the opportunities out there for him… It’s a real strong discipline for a father to say ‘That’s cool. You want to be a dancer. I’m cool with that’.

We’re encouraging all the way along to notice who your boy is. Be conscious of who he is and who he’s becoming. He may become a mini-me, that’s OK, too. But look for the little clues. Sometimes you see them quite young.

Build up a picture of who your boy is becoming and expect to be surprised… pleasantly.