Australian freelance journalist Luke Williams was researching crystal meth – or ‘ice’ – when he became addicted himself. 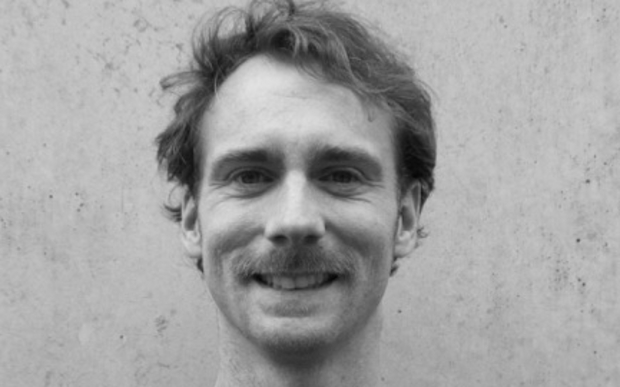 Over the next three months Williams descended into psychosis, becoming violent and threatening, particularly towards his parents. He had sores over his body, rotting teeth and a festering needlestick injury.

Luke Williams has written a book about the history and manufacture of the drug and his first-hand experience of its effects – Ice Age: A Journey into Crystal Meth Addiction.

Luke Williams: There are two forms of methamphetamine and it’s very confusing because people often use the same term for both. People often say ‘meth’ – but ‘meth’ can mean powdered meth and it can also mean crystallised meth.

Crystallised meth is the world’s most powerful stimulant. Powdered meth is a less developed form of crystallised meth. It’s made with the same key ingredients. When something becomes crystallised in chemistry – which is one step further in the process – it becomes far more powerful.

In countries like Australia and New Zealand we’ve had powdered meth (which gets called ‘meth’) and also speed for about 20-odd years. What we’re seeing more and more of in the last 5 years is crystallised meth - which can be up to 10 times stronger than powdered meth.

As I understand it, there is a difference between P, which can be a very strong form of meth as well – and crystallised meth. But meth in general is getting stronger, and that includes powdered meth.

I had a number of friends who lived on the fringes of society and did a bit of petty crime, some drug use … Just prior to 2014 I noticed things had gotten bit by bit heading out of control. The rates of crime they were doing was increasing. In some cases their front teeth had fallen out. They were just looking scabby and scattered. Many of them were having relationship breakdowns.

I was trying to work out what was going on because we’d already had what we called a ‘meth epidemic’ – a rise in meth-related harms – in about 2005. Now seven or eight years down the track I didn’t really understand why people who I knew, who had been taking meth in that time, had suddenly seen their lives spiral out of control.

I moved in with a guy who was dealing it. I was interested in telling a story about people who lived on the fringe of society in Australia and members of the underclass who lived in the outer suburbs. It turned out to be a story about crystallised meth – not the powdered meth that we had been taking before. It wasn’t till I moved in there that I saw what a huge role the drugs were playing in their lives - and indeed in my life over time.

I’d struggled with drug addiction when I was a teenager in the late 90s. I went into rehab [in my 20s] because I was abusing things like MDMA. After an eight-week stint in rehab in 2008 I was able to curb my drug use.

To be honest, I never had the goal of being completely clean. I just wanted to be able to have drugs every now and then and not abuse it. So I’d still been using drugs once every couple of months – MDMA and powdered meth – and it wasn’t having a huge impact on my life. I thought that was behind me, that drug abuse.

The first weekend I was in the [drug dealer’s] house … I had been an intravenous drug user so I had a hit of ‘meth’. I didn’t know the difference. I felt terrific – a combination of taking off in an aeroplane, winning an award and having somebody very attractive tell you that they want to have sex with you all at the same time. After that I was able to sit down on the computer, focus. I wrote about 8000 words in one sitting.

Because I knew I was in that house to write a book of some sort – I wanted to dedicate my life to writing – I thought this is great, this is really going to go together, this lifestyle. I can keep on using it, it’s cheap, I don’t have to eat while I’m on it, I can keep on working, it can give me ideas.

At first it seemed positive and I thought I had the drug addiction under control. But I didn’t know I was taking crystallised meth. I thought ‘meth’ was just like speed, but it’s totally different.

Powdered meth is a bit like driving in a V8.

They say – and I think this is probably right – that crystallised meth is up to ten times stronger. You see the difficulty in trying to describe something that feels like ten times faster than you’re going in a car. It gives you this great sense of achievement as well as giving you pleasure because it goes right to those dopamine centres in your brain.

It feels like you’ve just realised all of a sudden what a terrific person you are. “I never put my life achievements in this context and I never realised how good-looking I am.”

What was actually happening was, when I was using the drug, I was reinventing my own life story and seeing myself in a more favourable light which was all about fantasy.

I started to think it was my destiny in life to become a rapper, believe it or not. I’m not musical in the slightest. Then I started believe someone I knew from London who was a musician was sending me telepathic messages with lyrics to songs. I’d spend hours at a time walking round in circles, imagining myself onstage being a rapper like a 13-year-old would fantasise about being a pop star or something like that.

But those fantasies would flip over and become very dark and turn into fantasies that I was being persecuted and everybody was teasing me on Facebook. Either I was grandiose or feeling like a very persecuted victim. I developed this huge victim mentality of ‘I have to be this way. I have to be addicted to drugs because I’ve had all these terrible things happen to me’.

It was hard to stop. When you first stop using and you’ve hit rock bottom, it’s a relief. You have a bit of a high because you’re looking after yourself again. That lasts for about a month. 'Life feels really great and I’m never going to take drugs again.'

Then you have a lull after that. You think ‘I’m fine now and it won’t hurt if I just use once’.

I did eventually relapse three or four times.

There were a couple of things missing in my life [when I became addicted to crystal meth]. One was the community of people – drug circles are very inclusive places. Adventure and excitement and variety.

I was actually an egomaniac and that’s why crystal meth appealed to me so much. It allowed me to be self-absorbed, it allowed me to be an egomaniac. And I needed to find virtue in going without things and having a less [materialistic] life, a less egotistical life – so it was quite a journey.