Andy Gourley describes himself as a skateboarding accountant, who's also a church pastor. He's the man behind Red Frogs – an organisation devoted to reducing alcohol and drug harm in large gatherings of young people. 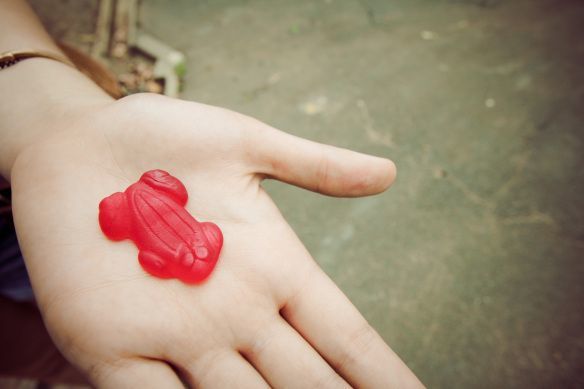 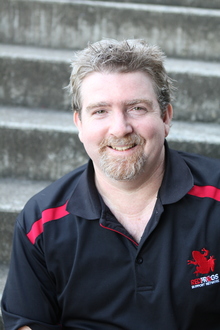 Red Frogs began nearly 20 years ago, when Gourley and a bunch of skateboard mates went to the Gold Coast during the infamous Schoolies Week.

Take us back to that visit to Schoolies Week.

Andy Gourley: I was running skateboarding clubs through my local church in Brisbane, and when my skaters got to Year 12 and finished school they went down to Schoolies Week on the Gold Coast, about 30,000 [people]. When I went down there I just couldn’t believe how big it had gotten. There were kids everywhere hanging off verandas and bottles coming off buildings. It’s a bit like in Dunedin during their O-Week. My skaters were running amuck through a building and causing a bit of havoc and I foolishly went to the hotel manager ‘Would you like a hand with this craziness? I could bring a few volunteers down to help you’. They just grabbed us, threw us in the building, and I haven’t been able to escape since, pretty much.

We’re not familiar with Red Frog lollies – is this a bit of an Aussie thing?

People that are drinking a bit love free food. And we rocked up just randomly with a big box of these Aussie lollies. You find them occasionally in the party mix in New Zealand – little red frog-shaped jelly baby type lollies. We rocked up with a big box of them to this drinking party and it got us straight in the party, it was like a big icebreaker. We started with 80 kilos in our first year, just crashing parties in buildings. It got us straight into these rooms and into these parties so we could see who was passed out in what room and who was doing dangerous stuff off balconies. We could help them out.

I think it’s all in the approach at parties. If you don’t come across as heavy-handed security that just want to spoil their fun, but get in amongst it to provide a safe environment.

Something else that you’re finding is because you’re not ‘someone’s parents’ people are often opening up and talking. Is there sometimes a mental health aspect to this? Is mental health training some of what you’re giving to those who are doing the talking part of the gig?

Absolutely. There are some great services out there for young people these days in the mental health sector… but there’s actually a bit of a disconnect with young people accessing them. So what our workers do is provide that bridge between the two services. Because [we] are not police, they’re not security, they’re not mum and dad – they’ll talk to our guys and say ‘I’ve tried drugs tonight’ or ‘I’ve been drinking and I’m underage’. They’ll trust our guys. Then our team is about getting them to the assistance they do need that they sometimes think ‘I can’t ring the ambos ‘cause I’ll get in trouble with the police’.

There’s a whole heap of simple things and they don’t realise they can access these services... Our guys become bridges between some of the issues that happen in our pretty hectic party scenes and the really good services out there.