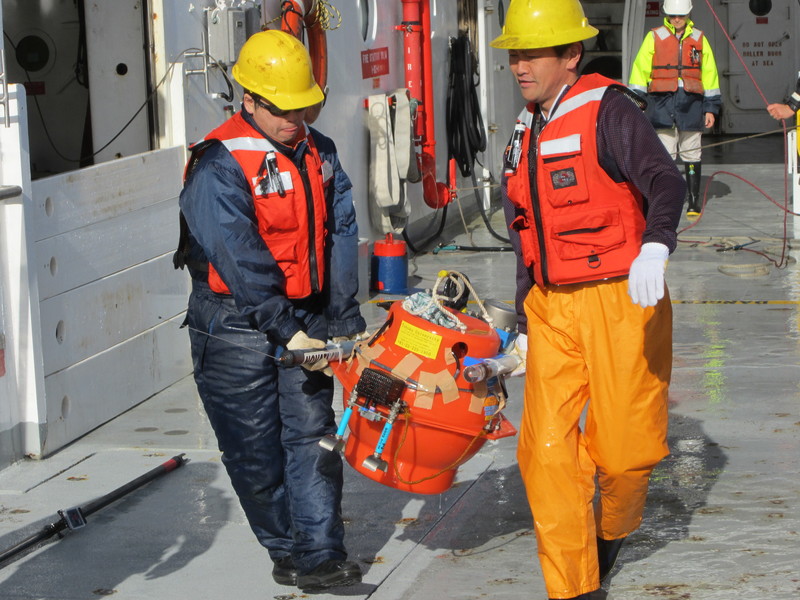 Scientists Kimihiro Mochizuki and Syuichi Suzuki carry an absolute pressure gauge that recorded over a year’s worth of fluctuations in water pressure on the seafloor offshore Gisborne, New Zealand. Photo credit: Steven Plescia 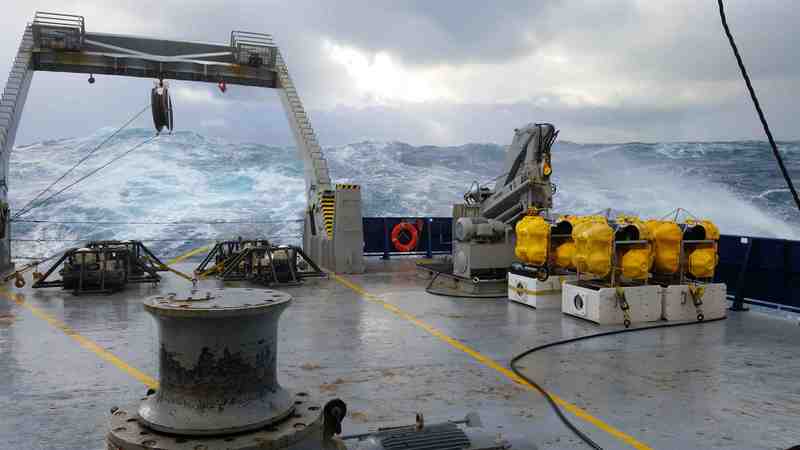 Seafloor absolute pressure gauges lashed to the deck.It is important to strap down the instruments, especially during high seas such as those sometimes found offshore Gisborne, New Zealand. Photo credit: Justin Ball 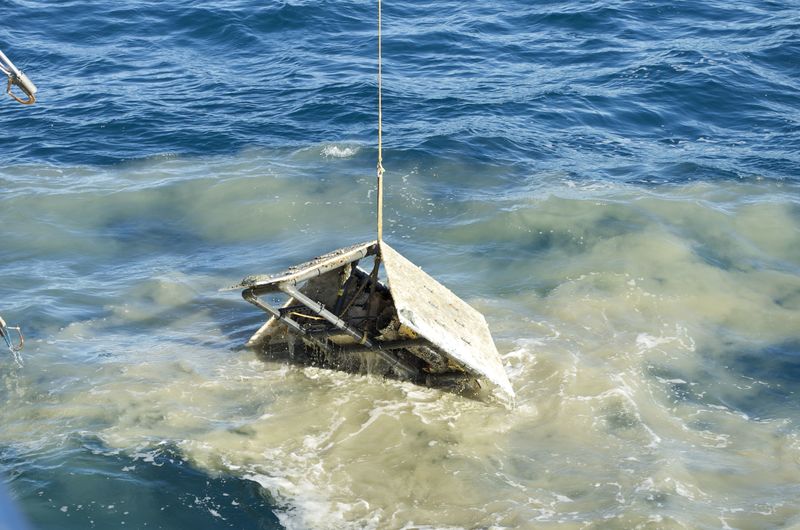 Scientists and engineers haul a barnacle and mud encrusted absolute pressure gauge out of the ocean. The white panels help protect the instrument from trawling during its one year deployment on the seafloor.Photo credit: Elizabeth Brenner 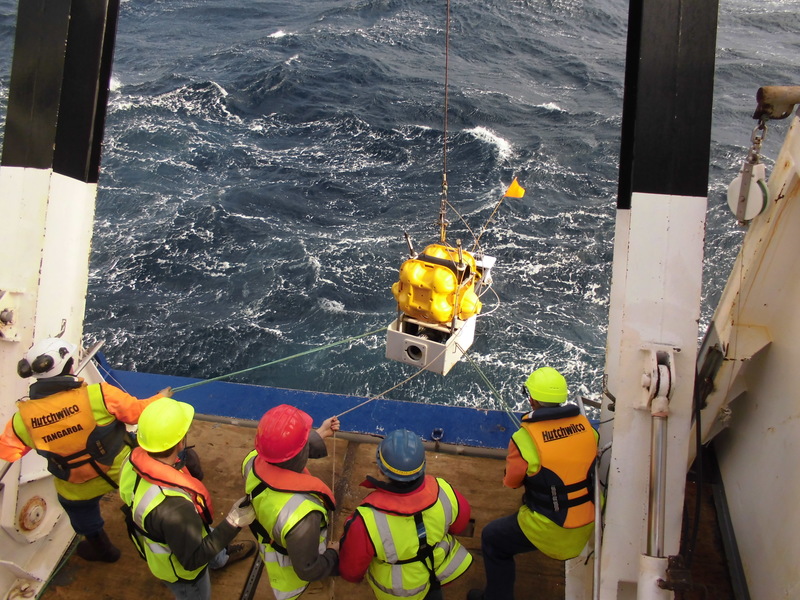 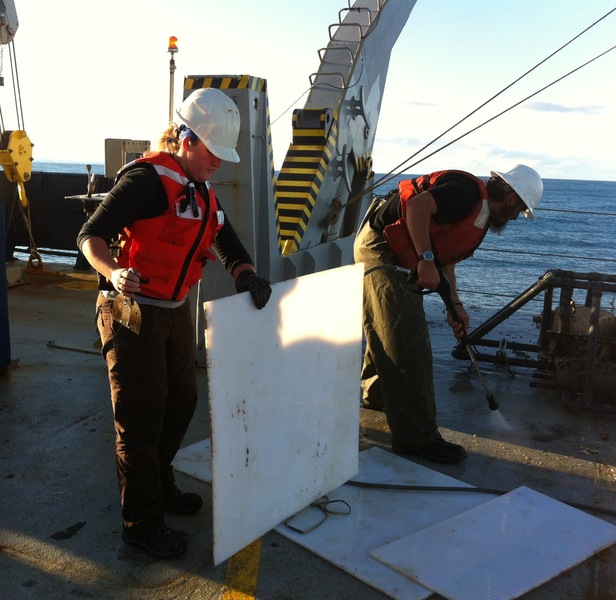 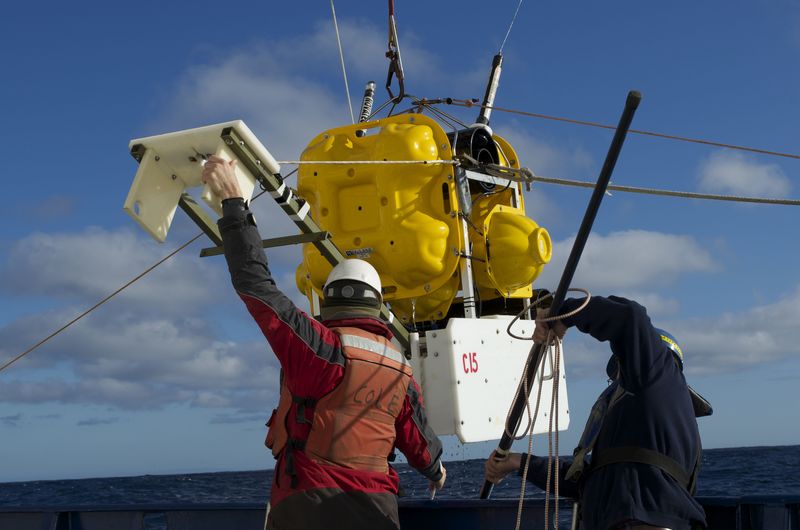 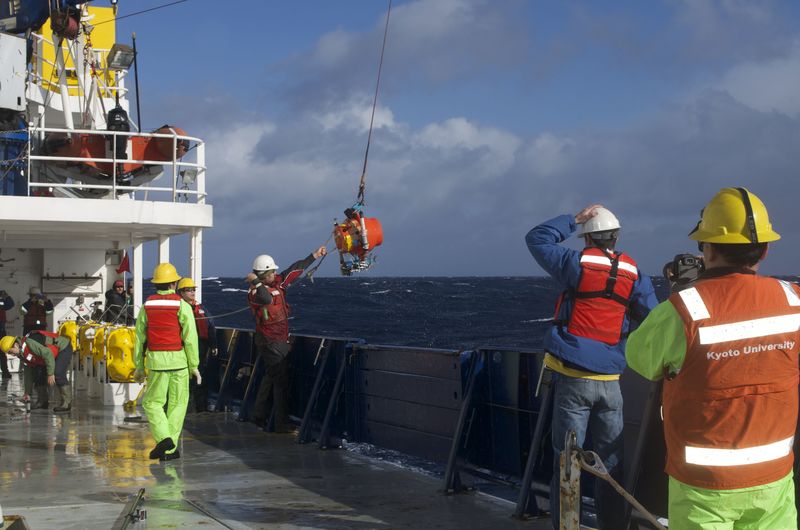 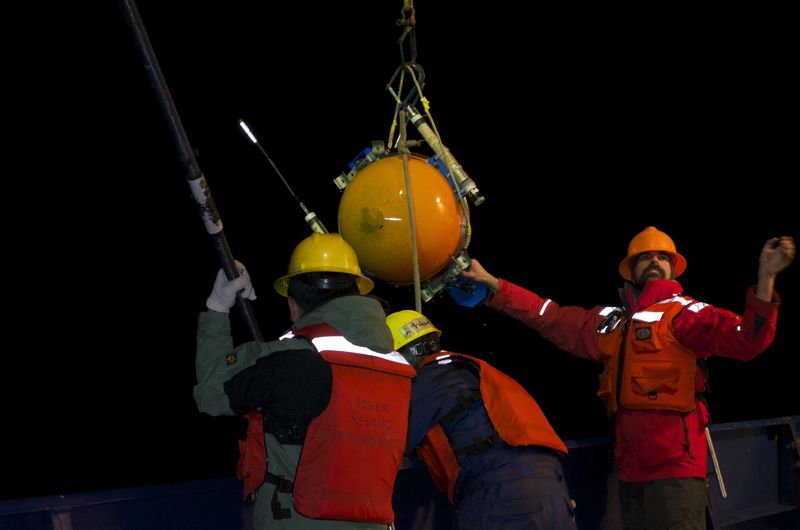 She is a research scientist at The University of Texas and project leader of a team of team of scientists from New Zealand, the United States and Japan who are pioneering undersea quake project in Hawkes Bay known as HOBITTS (The Hikurangi Ocean Bottom Investigation of Tremor and Slow Slip).

Using a network of highly sensitive seafloor pressure recorders, she and her team have located, the world's shallowest slow slip events and discovered that they can occur in the same location as large quakes.

The discovery was made by conducting the world's first detailed investigation of centimetre-level seafloor movement during a 2014 slow slip event at the Hikurangi subduction zone.

It's an important discovery as it gives insight into activity along subduction plate boundaries, like the North Island's east coast, where the world's largest earthquakes and tsunamis are generated. 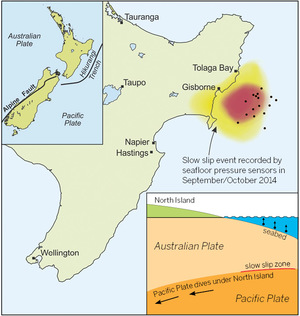 And it has the potential to improve hazard modelling.

Walters talks to Kathryn Ryan about how her study is contributing crucial information to the understanding of earthquake and tsunami risk for New Zealand and worldwide, by shedding light on previously undetected tectonic movements.

KR: We spoke to you last year before the results were in, but they are more exciting than you expected?

LW: Yes they were! It was kind of a high-risk project and I was concerned that we wouldn’t get it to work and about getting some instruments back. But we got all of our instruments back and the data looked much, much better than I ever expected.

KR: Are you seeing things that scientists had not been able to see, record or analyse before?

LW: What we were looking for were basically centimetre-level vertical movements of the seafloor which has been a really, really hard problem to tackle. People have been able to look at metre-level movement – in terms of tectonic movement and so forth, in earthquakes and volcanic events, but on these more centimetre-level plate movements on the sea floor were more difficult to see and we were able to do this.

KR: The slow slip is like a continuous movement that we still call an earthquake, right?

LW: Yes, it’s exactly like an earthquake - and involves more rapid movement along a fault line and a slow slip event is exactly the same thing but the earthquake happens in seconds and the slow slip events can take days to weeks, sometimes even years to occur.

KR: Why is the “Hikurangi Mega Thrust” area of such interest to you?

Well the particular area where we were doing the experiment, which is offshore Gisborne, is of great interest because the slow slip events we observe there are incredibly shallow. So it’s probably one of the best places in the world to really try and understand why these things happen.

Most other well-studied slow slip areas are where slow slip events happen very deep beneath the land, like 30-40km deep. So it’s much less accessible. Whereas offshore Gisborne we can have really dense instruments and really observe where these things are happening, we can image the properties of the crust at a very high level and we can actually drill into where they’re happening and sample the rocks and look at the conditions that they’re happening under. [And we can] answer a lot of questions about why these slow slip events occur.