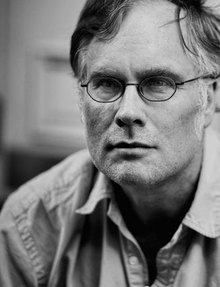 What would you say if you were offered the chance to take part in an experiment to awaken your brain, and change who you are, possibly in dramatic ways?

John Elder Robison, a world-recognised authority on life with autism, said “yes” to just that.

Almost overnight, his emotional brain was '’switched on'’ ending the social blindness that had caused him pain throughout his life

But his newfound understandings had consequences - putting a different and at times difficult spin on his relationships with others, including things that had happened in the past.

His latest book, Switched On: A Memoir of Brain Change and Emotional Awakening, chronicles his journey.

KR: You describe yourself as a 'Free-range Aspergian' – what does that mean?

JER: It means that I’m 58-years-old and I grew up in a time when autism wasn’t recognised in people like me – people who could speak. The only people who were called autistic when I was young were people who had obvious language impairment and obvious cognitive challenges.

KR: What was it that brought things to point that you were diagnosed with autism?

JER: Well it all started with an Australian – with Dr Tony Atwood, we wrote a book in the mid-1990s called Asperger’s Syndrome. And the DSM, the American manual of psychiatric conditions was revised in the mid-90s. So psychologists and psychiatrists started talking about that, here in the United States, and Dr Atwood’s book came along and a therapists actually presented the book to me, and he said that I could be the poster boy for this new condition that they were talking about and it was actually reading his book that I realised that I was not stupid or defective, or all the things that people had said about me, but I was an autistic person – a person with Asperger’s Syndrome.

KR: Can you explain more about how this affected your life? As you say you were leading, what appears to be from the outside, a very full life working as a sound engineer for some top musos. Is it true, for example, that you invented the smoking guitar for KISS?

JER: Yes, that’s true... I also worked for Britannia Row – which is Pink Floyd’s sound company and I put together sound systems for a great many rock and roll bands that toured both North America and ultimately toured New Zealand and Australia and elsewhere in the world. But while I did that I was mostly alone. I was a kind of eccentric, crazy engineer and people respected me for what I could do, but it was very hard for me to make friendships and that’s what I wanted as I got into middle age. I wanted to make friends more successfully.

KR: How much emotion could you read in others or experience yourself before you had this treatment?

JER: See that’s the thing that sometimes misunderstood. There have been a number of studies that have shown that autistic people actually feeling emotions more deeply and for longer times than non-autistic people. But the things that trigger emotional responses in other may not trigger and emotional response in me. Though it wasn’t that I wasn’t emotional it was that I didn’t sense the emotional cues from you, or someone else I’d be talking to. So you would be speaking with me and you might conclude that I was arrogant or insensitive or I didn’t care about you, when I fact I cared very much, but I wasn’t picking up those signals, and that’s the really painful thing about it.

KR: What was involved in the neorustimulation? How was it explained to you in the first instance and second – how was it done?

JER: The TMS machine is a coil, it’s a box that’s perhaps the size of two packs of cigarettes and they hold it up to your head in the area that they want to stimulate and the pulse electricity into it and it generates powerful magnetic fields that cause tiny electrical signals in the area of the brain that’s underneath the magnet. And that’s what produces the transformative effects. So when you take a psychiatric medicine, the medicine goes all through your brain, when you use TMS the TMS is only delivered to the area of a marble or a golf ball in your brain.

KR: How long did it take, and how immediate were the results?

JER: The stimulations that they gave me were half an hour long and the results I describe in Switched On came to me that night after the stimulations and they were very, very powerful. It’s funny sometimes the stimulations would do anything and other times they would turn [my] world on its head.

And because it was scientific research we never really knew what to expect. That’s an important thing to remember, I wasn’t part of a treatment study, I was part of basic research.