Silencing Scientists: Shaun Hendy on why science should be 'open' 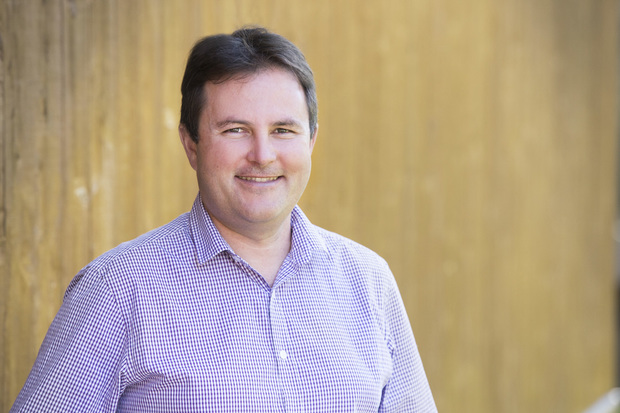 Former president of the New Zealand Association of Scientists Shaun Hendy told Nine to Noon scientists were coming under pressure from businesses, funders, politicians and fellow academics, and not least the public themselves.

"A lot of scientists these days, and this is increasingly the case today, will have commercial contracts, they'll be working with businesses and even with government, and these contracts will often come with constraints about what you can say.

"There are often good reasons for this. You know, companies want to keep their competitive advantage, they don't necessarily want results immediately in the public domain, so they may ask scientists to check with them before they can talk."

New Zealand also had a limited pool of scientists available to speak on their field of expertise. One prime example was the Fonterra botulism scare.

"The story broke on a Friday, late on a Friday, and at least initially I think on the Saturday there were a number of scientists that were available to talk to the media.

"But then it's really interesting to see that suddenly on the Sunday, scientists had stopped talking, they were no longer making themselves available ... I saw that a lot of these scientists had been pulled into this advisory group [for the government].

"Suddenly the country found itself without scientists who could speak - we just didn't have the experts who weren't constrained. Perhaps inadvertently, because our science community is small and we push for impact from our science."

"What's happening on the Monday is that there's a real vacuum of information, and of course Gary Romano, who was a senior manager at Fonterra, went on Campbell Live and got the science horribly wrong."

He said spin and message control had become stronger and scientists even tangentially linked to organisations were finding they had much more constraints than in the past.

"There is a sense that our funding, particularly from the government, is linked to our good behaviour."

He did not think it was a deliberate attempt to keep information from the public, but it was an attempt to control the information that was available to the government, he said.

"And really I think in retrospect the public interest should have been put first and the government should have ensured there were scientific experts who could talk to the media."

Good things take time - no perfect science in a crisis

However, it wasn't just funding and organisations that were causing scientists to keep quiet.

"There's both overt censorship where an organisation will step in and perhaps have a story pulled, but a lot of it is also self-censorship," he said.

That included a fear of getting the science wrong, but he said this could become an problem in times of crisis, such as in the Christchurch earthquake.

"Traditionally we do all that stuff behind closed doors, you know we do it at conference we exchange ideas and debate ideas and peer review, which is a closed process."

"And to some extent we've kind of built the authority of science on the fact we run all these careful checks and balances behind the scenes before we speak.

"But in a crisis that's really exposed, we don't have the time to run through the normal processes of science."

The science community was concerned, he said, that the public did not understand that a lot of the time there was discussion, different interpretations, and disagreement as a part of the scientific process.

"And I think the only way we can really adapt is that we have to be open all the time."

There was also a fear of being attacked or being seen as pushing an agenda.

"You hear stories of people perhaps losing their funding or seeing the trouble that some scientists get into.

This included scientists being bullied on social media, sometimes because lobby groups or businesses had paid for it, he said.

It also created a gap in the public eye between the scientists who did speak out and those who did not.

"I think the scientists we do see that sort of fight these battles - Boyd Swinburn, Doug Sellman -  they grow very thick skins. But the side effect of that is that we don't hear a lot of other voices.

"And the effect of that is that the public health researchers who are speaking out are seen as kind of extremists. They're seen as not representative because where are all these other voices that are not speaking out."

- Shaun Hendy is director of New Zealand Centre of Research Excellence Te Pūnaha Matatini, and a professor of physics at Auckland University.  He has been a Fellow of the Royal Society of New Zealand since 2012 and has been given awards including the Prime Minister's Science Media Communication Prize and the E. O. Tuck Medal from Australia and New Zealand Industrial and Applied Mathematics.