The UN Special Rapporteur on the right to privacy

Since his appointment last year, Joe Cannataci has wasted no time in laying into what he has described as an ‘Orwellian’ level of state surveillance of citizens by CCTV and other means. 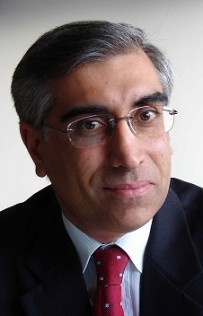 He has been particularly critical of the UK, which is currently legislating to allow bulk hacking and interception of data, saying countries should be scaling back surveillance of their own people.

He also says it is regrettable that so many people willingly sign away their digital rights through their use of social media.

You have been very forthright in your comments about the UK and what is happening with legislation there. What is it that you are drawing attention to?

Joe Cannataci: Actually, I’ve been very polite, I thought. One of the problems that we are seeing is what some would term a 'kneejerk reaction’ to some of the activites that have been going on. The new legislation in the UK… would seem to run quite counter to the latest pronouncements of European law on the subject. We have had clear judgements which say you should only carry out surveillance if you have reasonable suspicion and it should only be targeted surveillance.

Whereas what the UK is trying to legislate into being, it’s trying to come up with a system that says both bulk interceptions and bulk hacking is acceptable, and this runs completely counter to what has been put forward in the European law section. Besides that, just a week after my comments, 200 of the most senior lawyers in the UK came out and kind of agreed with me, saying that the new law is not fit for purpose. And that is precisely why I have invited the United Kingdom to rethink things through. Especially because it sets an example, in this case a rather bad example to the 25% of those countries which are members of the Commonwealth.

It’s interesting here because we have our own inspector of the intelligence agencies who has the power, essentially, to look at whatever she wants. But the old argument goes you don’t know what you’re looking for necessarily, do you, if you’re looking for abuses of the system. So what would a robust oversight system look like?

Joe Cannataci: Firstly, it should be noted that New Zealand has brought in oversight mechanisms which are more robust than the UK, so congratulations for that. Secondly, you need to give the oversight structure adequate resources. It takes a thief to catch a thief. Clearly there have long been arguments as to the advisability or otherwise of having ex-operators in the service. If you have somebody who has experience of intelligence activities, security agencies, law enforcement, it’s always advisable to have a number of those on staff.

Joe Cannataci: Unfortunately not. A lot of the research that we have access to suggests that while people may be more aware of what they themselves put online, what they post on Facebook or other social media, they’re much less aware of the effect that the metadata they generate… people are not aware, generally, of the huge amounts of electronic footprints that they leave all over the internet and the actual use that is made of that data by private companies and/or – if that is accessed – by government agencies.

Can you put the genie back into the bottle?

Joe Cannataci: No, but what you can do is you can educate the genie, you can get the genie to do all the kinds of things you want him to do without letting the genie getting up to those kind of tricks that we wouldn’t like to have in a democratic society.

Joe Cannataci is a professor of law at the University of Malta where he is the Head of the Department of Information and Policy.