The mid-life crisis... it's real

We’ve all heard of it. It's usually caused by angst over aging, career progression or relationships and leads to the purchase of a sports car or motorbike or starting an affair – so the cliché goes. 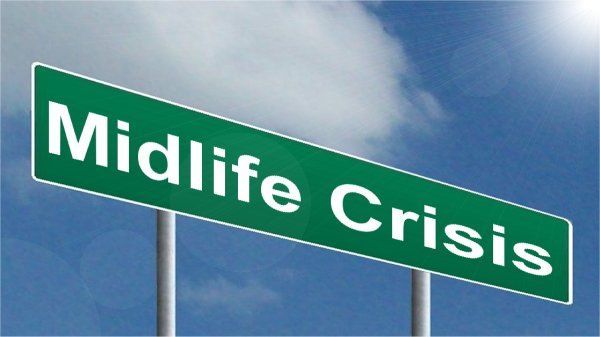 But nearly one in four people aged 40 to 59 do go through an emotional upheaval at this time of life, a new study has found.

Psychology senior lecturer Dr Oliver Robinson and his colleagues at the University of Greenwich interviewed more than 900 people aged 20 and over. The good news – he says – is that there is an upside to the midlife crisis. The bad news? Many older people are prone to the late-life crisis. Oh, and there's also quarter-life crisis.

Oliver Robinson talks with Kathryn Ryan about why people struggle in mid-life and reveals the silver lining.

Does [the mid-life crisis] take a predictable form?

Oliver Robinson: For women and for men, the prevalence of mid-life crisis is really rather similar. I think there’s a stereotype that men tend to go through it more than women, but actually women slightly more than men report them. And they relate to some of the things that we may intuitively associate with that. In the UK, the average age for divorce is early 40s and indeed when women describe midlife crisis, they describe often an event surrounding a divorce or break-up. For men it often revolves around the increasing pressure of work and feeling like you’re in a job that you don’t actually want to be in, but you’ve progressed up the ladder and it’s too late to jump off.

What is typically the way people respond or experience this?

Oliver Robinson: The reason why this press release went out and got global coverage was that we found this silver lining to crisis – that people have an emotionally difficult time during it, but… [There was] a very robust finding that people who reported they were currently going through a mid-life crisis were particularly curious about all kinds of things – curious about themselves, other people, the world, things they were hearing and seeing, about knowledge. And it was almost as though the crisis had somehow piqued their curiosity, even though it was a difficult time. So we see that as the silver lining of midlife crisis – it makes you open to new things again.

What is the secret to navigating it, then? Is it completely about your  mind set?

Oliver Robinson: It certainly is normal and it certainly isn’t anything to run away from. It’s about the very natural tendency in mid-life to want novelty again. Because, as human beings, we don’t tend to change bit by bit. We tend to kind of get in a rut, get in a routine, and then suddenly feel the urge for newness and for change again. Crisis is all about that. It’s sort of a time of change. Grasping things you used to be interested in again and grasping new things that you’ve never done before. So I think there are healthy and unhealthy reactions to that. The unhealthy reaction would be something like an affair – that’s a way of experiencing novelty, but it can be in a way which destroys the most important parts of your life. My view is that the healthy way of moving through it is to explore in a way which is about keeping the key commitments of your life and the things that you hold most dear intact, but then opening up again, becoming young again, opening up to fun, silly, new, unpredictable things which… Maybe it’s outside of your work or your relationship. What one definitely doesn’t want to do is just to close up and not follow that exploratory instinct. Follow it, but follow it in a way where you’re going to have fun and grow.