Noam Chomsky on the death of the American Dream 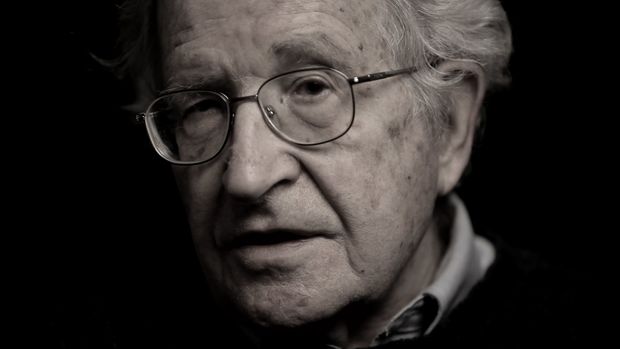 Read an edited snapshot of the interview below:

So it appears. If you look at the Trump victory yesterday, [which] solidifies his position of Republican candidate. But if you look at the attitudes towards him, the public opposition to him is enormous, it’s running well over 50 percent, just as a candidate. Clinton is not much more popular.

The hatred and anger [towards] virtually all institutions is just overwhelming. Support for Congress has pretty much been in single digits for many years. There is tremendous anger, disillusionment, fear … if it does not take a constructive, organised form, as it did in the 1930’s and to an extent in the 1960’s, it could be a very threatening development.

You have someone who is the Secretary of State, who has been a senator, spent decades in the public eye in the form of Hillary Clinton, who never would have predicted such a sustained challenge from Bernie Sanders, who has been around as an activist for decades, but now is also seriously still in this race for the Democratic nomination. Is that the same kind of feature of disillusionment with establishment politics?

It’s the same kind and in fact if you take a close look at attitudes of Sanders and Trump supporters, they’re not very different. They’re taking different forms, but the actual attitudes are rather similar.

In fact, basically social democratic support for greater government involvement in health, education, higher taxes for the rich and the terrible debt burden on students, opposition to the export of production and the enrichment of largely predatory financial institutions … these attitudes are quite wide spread, both among Trump supporters and Sanders supporters.

There is the clear frustration with the dysfunction of Washington politics and the fact that it’s almost in gridlock, trying to get any decisions made in the capital, in the Congress. Very interestingly, when you look at the Senate’s and Congress’ opposition to what a president is trying to do, that in-built check was there right at the beginning.

You make the point in the documentary that when the political system was being drawn up by the founding fathers, there was an appointment system built into the Senate. It was a check system right from the beginning.

The original framework, established by James Madison and others, held that (I’m quoting Madison) power should be in the hands of the wealth of the nation, the more responsible group of men, those who have a concern for property and its rights and that a primary goal of government should be to protect the minority of the opulent from the majority. And by structuring the system that way, the primary power was actually given to the Senate, which was not - as you say - not elected. The president at that time was more of an administrator. There have been many changes over the years. There’s been substantial struggles that have gained far more democratic participation, there have been regressive periods … we happen to be in one now.

The dysfunction you mention in the government presented in a little bit of a misleading way. It’s one-sided. When Obama was elected, the Republican leadership, Mitch McConnell, and others said straight out, that prime policy will be "No". Make sure that the country is un-governable. That is the primary source of the so-called gridlock and dysfunction.

Of course, from the point of view of the public, this looks like the system has collapsed - and to an extent it has - but its primary responsibility is the fact that the Republican Party shifted so far to the right, that they’re barely a political party anymore.

This is actually recognised by some of their leading intellectuals, the leading political analysts of the American Enterprise Institute, the Conservative institute. Norman Ornstein described the current Republican Party as a “radical insurgency”, which is abandoned parliamentary politics, and that’s not far from truth, that’s the primary source of the gridlock.

But the fact of the matter is that the policies, the Democrats have also moved to the right, but today’s Democrats are pretty much what used to be called moderate Republicans. Richard Nixon is actually the last liberal president if you look at policies.

Bernie Sanders is described as radical and extremist, but if you take a look at his policies, they wouldn’t have surprised President Eisenhower. Eisenhower famously said that anyone who doesn’t accept basic New Deal policies doesn’t belong in the American political system. Sanders is basically a New Dealer. If you look at his policies, they would have been considered relatively moderate in the 1950’s.

All of this is a reflection of the general shift of the mainstream spectrum to the right during the neoliberal period which began in the mid-‘70s and really began to escalate under Regan. And it has led to somewhat similar outcomes in many different places.

In Europe, for example, the attack on democracy has been harsher than in the United States and it is leading to the significant decline of the mainstream political parties and organisations and sharp rise of opposition at both right and left. That’s not entirely dissimilar from the Sanders phenomenon and due to much the same kind of policies, the neoliberal policies have had that kind of consequence almost everywhere and in the Third World, they have been really destructive. But they have led to, for a majority of the population, near stagnation or decline in benefits and opportunities.

There’s a sense of hopelessness for the future. There is a strong antagonism to established institutions.

You talked about the Republicans - are Ted Cruz and others now reaping the prize of that policy, of blocking everything that the Democratic president tried to do? Is this effectively now coming back to bite the party, which does seem to be – certainly its establishment wing – in absolute meltdown?

That’s quite accurate. If you look at the last few primary elections, you can see this building up. In the last several elections in the Republican primaries, if a candidate came out of the popular base of the party they were regarded as so extreme and disastrous that they had to be eliminated and held back. Herman Cain, Rick Santorum, one after the other… And in the preceding primaries the establishment, which controls the basic funding, the institution’s personnel and so on, they were able to suppress, in one way or another, the candidates who arose from the base and finally get their own man… like Romney in the last election, unpopular as he was among the base.

This time, to everyone’s surprise, they were unable to do it. Trump was the candidate of the popular base and he simply overwhelmed the establishment candidates and they’re now in utter disarray, not even able to decide whether to support him, to hold their noses (as some say), as they vote for him or abandon the party.

The Democratic Party is in not much better shape, if you want to know the truth. And we may see in November, the Sanders supporters, many of them young, energised, mobilised, bitter about establishment politics, they may just not depart from the party. It’s the kind of situation that we’re also seeing in Europe – the decline of the centrist parties.

Do you have a sense of what this outcome is going to be?

I think we’re going to see, in the coming months up to the election, a very ugly scene of bitterly harsh, negative advertising, denunciations, condemnations, hatred, fury… you can hope that out of these forces, especially the Sanders forces, there might come an organised movement that might sustain not the specifically electoral extravaganza, but would be a continuing force. It could happen and it could even happen that they would be joined by the largely white, working class supporters of Trump. That is conceivable.

In fact, it’s kind of striking to compare the present situation with that of the 1930s, which I am old enough to remember personally. The 1930s, the Depression, the circumstances were much more grim. It was a much poorer country, the conditions were far harsher, but subjectively, it was a much more optimistic period.

People felt that, we would get out of this somehow. The labour unions, which had been virtually destroyed in the 1920s, were reconstituting. There was militant labour action, the CIO organising sit-down strikes. Activism of race issues, and so on. A lot of pressure. There were political organisations of many kinds. There were political debates, discussion on many fronts.

It was a fairly sympathetic administration and the effect of it was to yield the New Deal legislations, which didn’t end the Depression, the War ended the Depression, but they did soften the edges and give people a sense of hopefulness and expectation that the future would be better. That’s strikingly lacking now. But it might consolidate.

It’s not impossible that existing forces will organise themselves in a way that will yield a subjective experience and direct activism that could lead to policies that will overcome the harsh effect of the neoliberal programmes. They’re not in stone, they can be changed.

*In Requiem for the American Dream, Noam Chomsky unpacks the US policies of the past half-century which have lead to an unprecedented concentration of power in the hands of the select few.

The documentary gets its New Zealand premiere at this years Documentary Edge International Film Festival It screens in Wellington today and on Sunday and in Auckland on Tuesday May 24 and Saturday May 28.