Locals in an East Coast community have reduced child maltreatment by tackling the problem themselves, rather than waiting for outsiders to come and help. 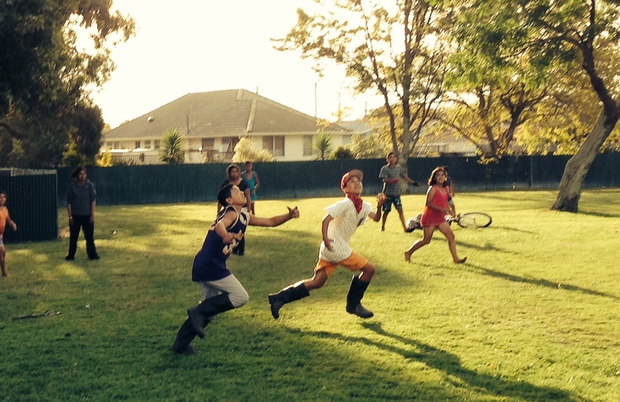 The Tiakina o Tatau Tamariki community project in the Gisborne neighbourhood of Kaiti South aims to build trust, care and links within the neighbourhood to increase children's safety, using that old idea that it takes a village to raise a child.

Supported with funding from philanthropic trusts, the project has conducted regular neighbourhood surveys and collected data from government agencies.

Since the project began in 2010, there has been a decrease in both violent crime and substantiated child abuse notifications.

Manu Caddie - who has been involved with the project from the beginning - told Nine to Noon it began when a group of residents heard about a project in the United States that had moved away from relying on professionals and paid services, and had then seen maltreatment rates drop up to 50 percent.

He said the group had focused on one part of Kaiti, which had about 1000 residents, and started with the specific goal of keeping the local children safe.

"Everyone can buy into that vision - we all want to keep our kids happy and safe."

The group sought to create spaces where people could come together and get to know their neighbours. After a year of knocking on doors and overcoming initial suspicion to build connections, residents began meeting for coffee groups at the local school.

Mr Caddie said after the initial contact, people in the area started helping, taking up leadership roles and coming up with ideas of their own, taking ownership of the issues that affected their community.

He told Nine to Noon that in the past experts had come in, had their interventions and then left again, and the project was designed to give the community a sense of competence in itself.

"The values of the principles of the project was that the community has the resources within itself to take care of itself, and the converse of that is the traditional professional approach, which is 'you'll be better because we know better', and we've tried to move right away from that."

As well as getting official data such as crime statistics, the project team also saw an improvement in its own list of what it would take to get to know people and the community.

"So people said they enjoyed living more in the neighbourhood in 2013 more than they did in 2010, they knew their neighbours better, they felt safer, they interacted more. One of the ones on our list I really enjoyed was 'how many names of kids in your street do you know that don't live with you', and we saw that improve. We doubled the number of people who knew the names of more than 10 kids in the street."

He said those kind of indicators showed residents were interacting with each other in positive ways, rather than yelling across the fence.

"While you might live in a tight-knit neighbourhood in some ways, but you can be very lonely and separated form people across the fence."

The hands-on approach also filtered down to specific tasks, like painting over grafitied walls with murals. Mr Caddie said the local council came on board, but the project team was adamant they did not just want contractors to paint over the mess.

"We said let us do it ourselves. Provide some resource and expertise, but let the residents do that sort of stuff. So the shopkeepers got involved and they were all really supportive. And murals that were previously covered in graffiti, kids and adults came out to do that, and they haven't been touched since, so that says something as well."

While Mr Caddie had moved into more of an observer status, letting the locals sort out their own issues, he said there was still work to be done sorting out resourcing from central government that was not just focused on agencies.

"When the government talks about community, they usually mean non-governmental organisations (NGOs), which is just other agencies doing the bidding of government. When we talk about community, we're talking about citizens, about residents in those neighbourhoods having the resources to do things all by themselves, and not relying on those professionals all the time to come in and 'save them'."

Seattle-based Jim Diers, who helped found Seattle's Department of Neighborhoods in 1988 and wrote Neighbour Power: Building Community the Seattle Way, is in New Zealand to share his experiences on similar projects overseas, and to observe how the local version worked.

He said the lessons learned in Seattle were now being applied in 17 different countries, and there was still a role for government and NGOs, with community projects needing their help and resources.

"For a long time our communities have been in jeopardy, but we're seeing a huge resurgence these days."