Five top women US soccer players have filed a wage-discrimination complaint, saying they are earning less despite outperforming their male counterparts in both total revenue and tournament wins. 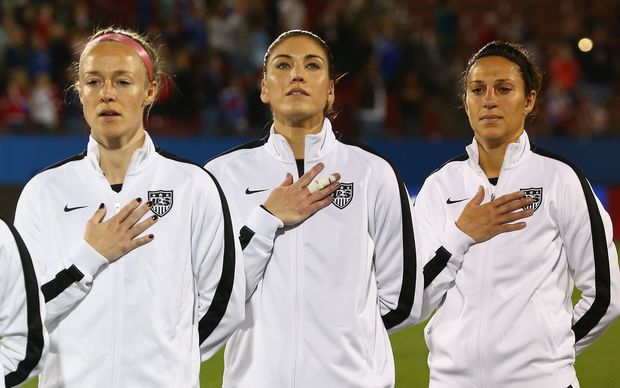 The players, including co-captains Carli Lloyd and Becky Sauerbrunn, allege the women's team is being being short-changed on everything from bonuses and appearance fees to travel and accommodation.

New York city lawyer Eva Cole, who was helping in the complaint process, said there was no structural reason for women to be paid less.

"There is no structure of compensation that ties the revenues that the men or women are driving to how much money they get," she said.

"They get paid to play soccer, both the men and the women. And the women are getting paid dramatically less to do the same job.

And despite outperforming the men - both in the number of tournament wins and revenue pulled in for the association. 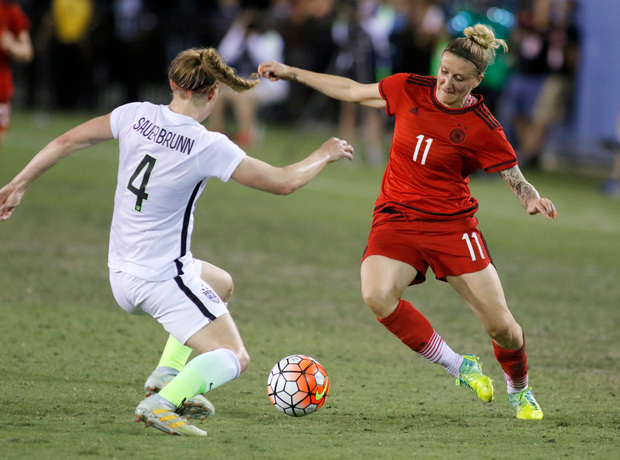 "The women are actually major drivers of revenue, the women's game is the game everybody follows in the US, they get major television support, they get major appearances by audience members at actual tournaments and games, and they really drive the revenues, and the soccer federation's own revenue numbers make that very clear."

Indeed, the women's team was finding much greater success on the world stage than the men - the US women's team having won world and Olympic championships, while the men's team had given a relatively mediocre performance in international competitions.

And that was no fluke.

She said their performance and revenue contributions were not central to their argument anyway.

"We have mentioned the revenue issues more frankly as just an example that the women are very successful, but I think as I said at the outset, it's almost irrelevant for purposes of the legal standard. The legal standard is very simple - equal pay for equal work."

Ms Cole said the pay disparity was evident at every level of compensation. 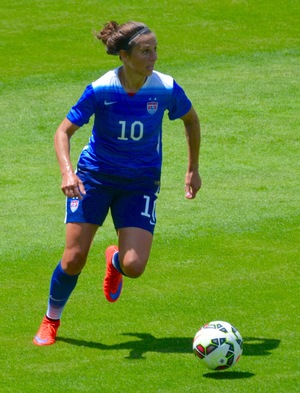 "The compensation structure is actually somewhat complicated, it's not a simple salary or a simple bonus structure. There are different ways in which both the men and women are compensated depending on the level of competition, the type of game they're playing.

"But really the pay disparity trickles down to each of those levels and the women are paid significantly less than the men.

"With respect to the friendly game, women players get anywhere between 38 and 72 percent of the compensation the men players earn on a per-game basis.

"The world cup compensation differences are even bigger, women players get $30,000 for trying out and making the world cup team roster, and the men get more than twice that - they basically get $68,000 for getting on the roster.

It was also not down to a difference in the clubs - both teams belonged to the same national association, the United States Soccer Federation, which was the employer for both teams.

She said such a complaint, which she made clear was not a law suit, had never previously been taken to the Equal Employment Opportunity Commission (EEOC) regarding soccer.

However, the women were very passionate about the cause, she said.

"There's a consistent pay disparity between all types of work in the United States and you know, the women believe that this is their moment, this is their cause and they should really set this example and set the stage in this context."

The investigation could take a minimum of six months, she said, and the EEOC would take its time to make sure it had all the facts, so they weren't expecting any kind of very quick action.

There were also negotiations under way for a collective bargaining agreement.