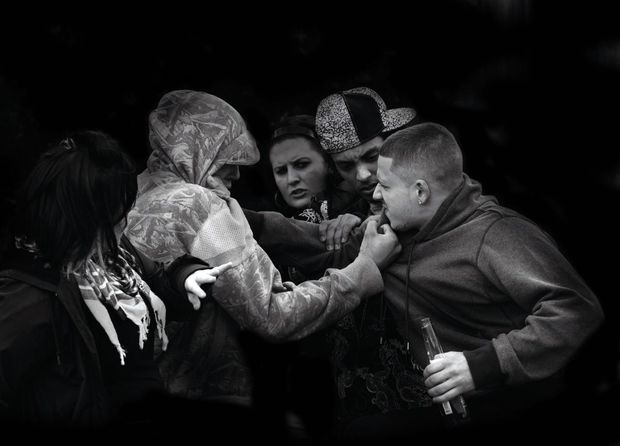 He came up with the idea of using anonymous intelligence from A&E departments for violence prevention. This innovation – known as 'The Cardiff Model' – has been adopted by governments around the world and by the WHO. Now it is about to be rolled out in Australia.


Read an edited snapshot of their conversation below:

In your work as a surgeon, how much of what you were seeing was violence-related? How much of the work you were doing was patching up someone who'd been a victim of violence?

In Cardiff, in Wales, where I work, we used to see around 4,000, 5,000 people injured in violence in our emergency department every year. Now, that probably represents about half of all the trauma, all of the facial and jaw and dental trauma that we'd see in a year. So it's a substantial amount and a substantial proprortion of the work that we do.

Did you simply get tired of it, tired of being the ambulance at the bottom of the cliff doing the patching up?

Well, I thought, like other things in health care, that prevention has got to be just as important as cure. And we actually discovered that a large amount, a large number of people injured in violence who were treated in our emergency department, in my own surgical service, actually weren't known to the police at all. And that was mainly because the injured people, injured persons, hadn't reported the offence for various reasons. So I thought, well, given that knowledge, there's the potential for collecting up unique information, unique intelligence – to put it in police language – which would be really useful for prevention. Finding out which pub, which club, which street, which school people got injured in, for example.

Had you already seen particular patterns, whether it was times or places, that you instinctively knew would be of use?

Yeah. Well, it all started actually when i was doing my surgical training in Leeds in the north of england, where amongst other comments people would make would be 'Well, we always see more busted jaws and cheekbones from the Waggon & Horses pub on the Wakefield Road, whereas the numbers of people injured in other pubs were really small or we weren't getting any patients from there at all. So that kind of whetted my interest in trying to tackle these troublesome licensed premises.

How did you go about doing this?

To start with, I called a meeting in Cardiff and invited police and city government officials and people from A&E around the table to basically pull information about where violence was happening, what weapons were being used, times and days. And then to start tackling violence based on that much fuller informaiton than you just get from what we knew then to be incomplete police records. And then the work slowly grew, and supported by a big government grant we appointed a team which we called the Tackling Alcohol-related Street Crime team. And the work has realy developed since then. It's gone on to tackle domestic violence and violence in which children are injured. And we find that introducing 'health' – this medical, surgical influence and knowledge – into the whole business of preventing violence actually seemed to galvanise police and local government officials to join in and do a rather better job than they were doing previously.