How easy is it to come out as a homosexual sportsman or women, coach or even spectator in New Zealand?

The extent to which gay, lesbian and bisexual people face discrimination on and off the playing field was revealed last year by Out on the Fields, the groundbreaking international survey of almost 10,000 gay and straight people.

Of the New Zealanders surveyed, 78 percent said they'd either experienced or witnessed homophobia in sport. 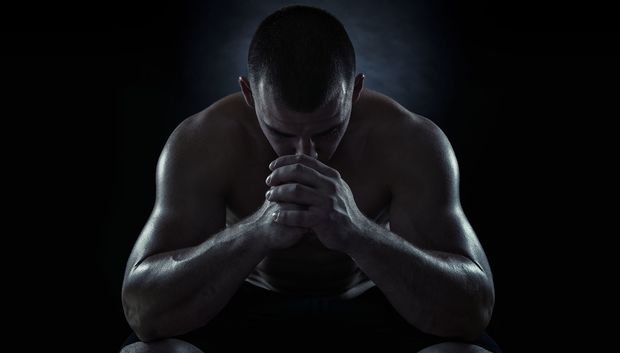 Openly gay herself, one of Dr Shaw's aims is to take Out on the Fields' results a step further in an attempt to make New Zealand sports organisations more inclusive for gay, lesbian and bisexual athletes, coaches and spectators. 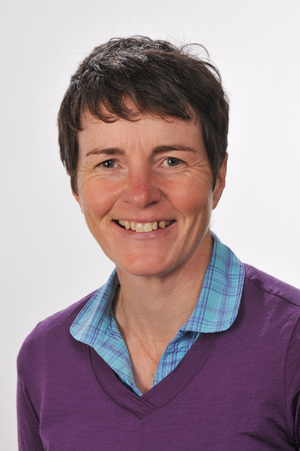 "And when we get into the older age group of over 22-years-old... 61 percent of gay men and 40 percent of lesbian women are likely to stay in the closet, either participating or coaching or administrating in sport," she said.

"The numbers (of participants in the survey here) were a little bit down on the other countries, we had about 630, I think that was in part because there wasn't anyone specifically driving the research here in New Zealand, but that's a pretty decent response for New Zealand in the timeframe that was given over here."

Some of the homophobia witnessed in stadiums, in PE classes and in sport was in language heard or abuse suffered in stadiums, such as being called a "faggot or dyke" in a derogatory way, she said.

"And also reports of people being verbally or physically - in a few cases, physically - threatened in sport," Dr Shaw said.

Dr Shaw admitted she was a bit surprised by the findings.

"I wasn't surprised particularly about the language because I think that's, in part, just common parlance - and it's not a good thing, but it is how people speak," Dr Shaw said.

"I was more surprised at the numbers of athletes and coaches and so on who felt uncomfortable coming out in sport, that did surprise me, yeah."

The findings suggested there was still fear among athletes and coaches, particularly among the younger age group, that being openly gay or lesbian would hinder being accepted, or hold them back form reaching higher levels in their sport, she said.

One of the things Out on the Fields found was that there were a lot of gay or lesbian people involved in sport, but they felt uncomfortable coming out. 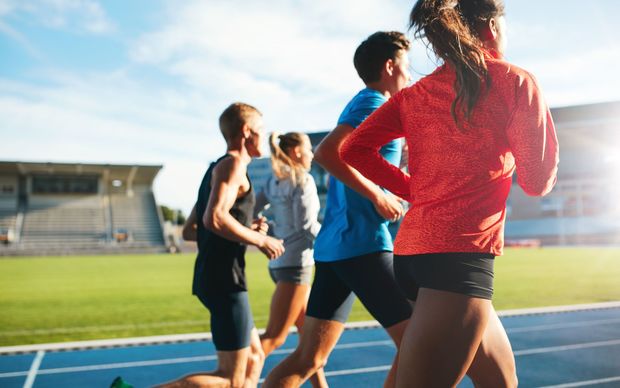 Staying in the closet was easier for younger athletes than coming out Photo: 123rf.com

Dr Shaw thought part of the stigma could be down to the misplaced fear of sharing changing rooms with someone who wasn't straight, but a large part of it was likely to simply be heteronormative.

"Sport is a very social event as well as the actual doing of sport, people find a lot of social connection, and when discussions turn, as they do, to partners and friends and relationships and who's going out with whom, if the norm is that those are heterosexual relationships - and particularly for young people who may not be confident in their own sexuality - that may just be an environment they don't feel comfortable speaking out in."

The main form of abuse directed at gay and lesbians in sport was in stadiums, and from the fans, Dr Shaw said.

"You know, there is that crowd mentality with spectators, that people will often say things that they would never ordinarily say in day-to-day life and yet, in a crowd, feel that they can make comments that really are completely unacceptable in any other walk of life - and possibly have had a couple of beers along the way as well, which unfortunately can lubricate in not-great ways sometimes," she said.

Three-quarters of the respondents to Out on the Fields said they thought an openly gay spectator wouldn't be safe at a sporting event. Dr Shaw said that could be for those same reasons.

"For myself... I've been in a crowd and - especially if that crowd's had a bit of drink on board and there's a bit of banter which can be homophobic, I mean it's the last place I'm going to stand up and be counted because you don't know what the repercussions are going to be."

And there could be homophobia within the inner workings of sport itself. Dr Shaw said there had been recent cases in the US where coaches had filed lawsuits against their university employers after being dismissed for being gay or lesbian.

"Certainly there can be a perception, again particularly with youth sport, that coaches who are gay or lesbian may be seen as some sort of a threat to the athletes, which of course is completely contrary to any evidence regarding sexual deviance."

Out on the Fields found that 77 percent of students had experienced some sort of homophobia within PE classes.

"That did surprise me, I was astonished by that," Dr Shaw said.

"The detail's not very clear about exactly what form that took, whether that was under the bracket of teasing and banter that took on a sexualised tone, which I imagine it probably does once you get into school PE - or whether that was from PE teachers themselves who have felt that there is homophobia within classes. That's not clear but yeah, quite shocking and surprising."

The Out on the Fields study was just about homophobia and did not specifically examine trans-gender issues in sport, and Dr Shaw said that gender-specific sport obviously opened up the difficulty of which gender a trans-gender person identified with.

"Having said that, I think trans-gender sport is an area which we - as researchers and as people who are interested and invested in sport - really need to be thinking hard about, because we know throughout various recent examples that trans-gender is very much a part of our society, and we need to be recognising that fluidity and flexibility around gender."

Having a gay All Black come out wouldn't necessarily be a panacea for homophobia in sport, Dr Shaw said, though it would help as a media focus on the issue.

"It's certainly not a panacea, it puts a lot of pressure on a sportsperson to be that person and they have to be very, very confident in their own skin to come out in such a heterosexualised environment. So at one level, yes, and at the other level I think there's a much, much, much deeper societal, organisational issue to be looked at here."

Dr Shaw hoped to survey the national sporting organisations, particularly the larger ones who likely already have some policies or processes in place, to see what they are doing - and if they didn't have anything in place, to work with those organisations who were interested to try to develop policies and processes that helped to make sport in New Zealand more inclusive for lesbian, gay and bisexual athletes.

Listen to Dr Shaw on Nine to Noon: