The Porirua People's Library: sharing ideas instead of books 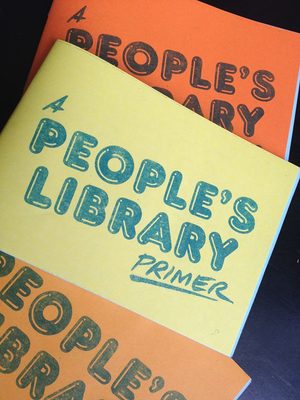 Rather than lending books, the Porirua Peoples Library is a place where people lend their time, sharing their stories and knowledge and skills with other members of the community.

It's only been running for a couple of weeks, and so far has run courses on writing a monologue or rap, art workshops, creating an alternative newspaper and guerilla publishing. It's part of the Transitionary Economic Zone Aotearoa - an artist and community led project based on exchange and trade.

Libraries are not necessarily going to be the only way by which younger generations are having the same kinds of experiences. They're using different mechanisms other than books to share stories, experiences others' stories and to write stories.

Kerry Ann Lee is one of the artists involved in the project and explains the idea behind the People's Library.

"We use the taxonomy of the library because in a lot of ways it is a repository for information and stories. To loosen 'stories' from books, or from the shelf or having to go into a space, that is quite exciting."