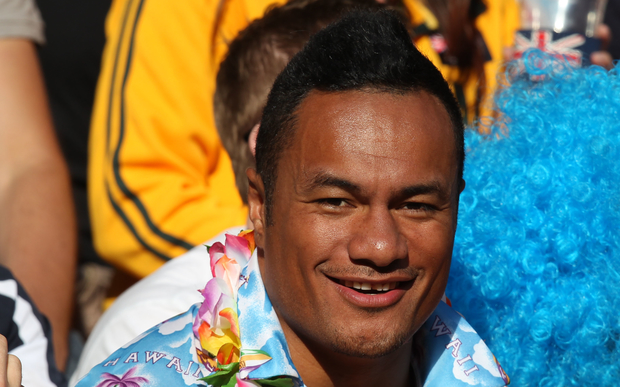 Speaking to Nine to Noon today, Fuimaono-Sapolu said he had always sought out shocking opinions while at school - and he has prompted quite a lot of controversy himself.

The 35-year-old has finished with top tier rugby after a career playing for the Auckland Blues, Manu Samoa, Japan and the English teams Bath and Gloucester.

As a student at Auckland Grammar, he won best all-rounder for the school's first XV rugby team, which kicked off his international rugby career.

Fuimaono-Sapolu also did well academically but was frequently in trouble for challenging received opinion.

That carried over into his sporting career. In 2011, he was briefly suspended from international rugby after accusing a referee of racism and failing to turn up to a judicial hearing.

And, last year, Fuimaono-Sapolu got into trouble after criticising New Zealand Rugby for not playing a test in Samoa, Fiji or Tonga.

This strengthened his resolve, he said. "When people try and knock me off focus it really does nothing, because I've been there before."

Despite Polynesian players' influence on the success of New Zealand rugby, he said the sport's bosses were only interested in money. He once controversially claimed they would play in Nazi Germany if the price was right. 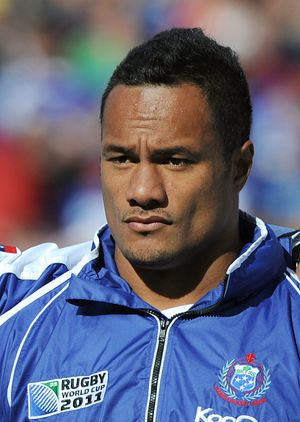 Fuimaono-Sapolu says he "got smashed" by the IRB Photo: AFP

Now, however, Fuimaono-Sapolu said his focus was on broadening the horizons of his fellow Polynesians.

He said sport "buys into the narrative of the savage Polynesian" and people shouldn't limit themselves to "just being an athlete", with history showing Polynesian people were capable of many other achievements.

Professional rugby players often ended up bankrupt or suffering from depression, he said, which he put down to corporate exploitation as well as racism.

The whole wealth of rugby was built on the hard work and punishment players meted out to each other on the field. "That is slavery; that is exploitation."

In 2011, Fuimaono-Sapolu accused a referee of racism in two tweets. He refused to appear at a judicial review, so was suspended by the International Rugby Board (IRB).

He said he was "massively punished" for speaking out, in violation of his right to free speech.

"I got smashed by the IRB - it was absolutely the corporate hammer coming down."

After moving to New Zealand from Samoa with his parents at the age of three, Eliota Fuimaono-Sapolu started off at schools in Manurewa dominated by Pacific Island and Maori students.

The family were very poor when they first arrived in New Zealand, living in a one-bedroom flat while both parents were studying.

He shifted to Auckland Grammar for high school because his parents wanted him to go to "the best boys' school in New Zealand".

Fuimaono-Sapolu stressed that he did not get a scholarship - he had been in accelerated classes in primary and intermediate school. "I worked and earned my own way, paid my own fees."

He said he enjoyed school until he began asking questions about what he was learning.

"I started off with a hiss and a roar at Grammar, I was in the top 10 in academics, third form, fourth form averaging 96 percent in Latin, but then it just went downhill.

"I got bored of it - started asking questions about the rubbish we were learning."

His disaffection began at primary school, where he said he was marked wrong for saying Maori discovered New Zealand instead of Abel Tasman.

A fellow student recently told him she also remembered that question and being told the answer Kupe was wrong because it was "not fairytales" but "real" New Zealand history.

"So it's not just Auckland Grammar, it's the curriculum itself."

Fuimaono-Sapolu said although his awareness of racism had been growing during his schooling, it became much clearer at university, where he first learned about the Treaty of Waitangi: "You start to realise how bad things are." 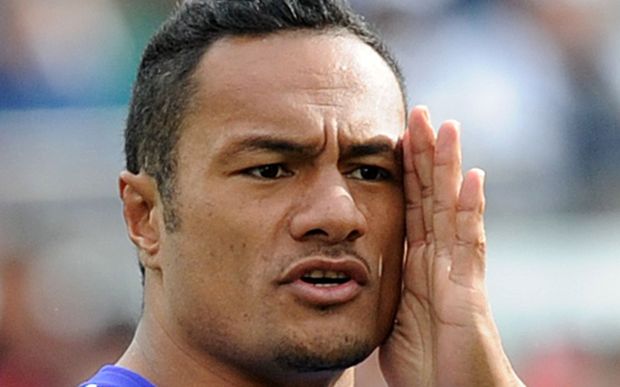 Fuimaono-Sapolu now lives in Samoa, where he is a member of a group fighting domestic violence. Photo: AFP

He said it was a revelation to learn about Polynesian navigator Tupaia (also known as Tupaea) who was on board the Endeavour with Captain James Cook and was able to chart 130 islands within a 3200km radius.

It was futile to try to challenge the system, Fuimaono-Sapolu said  - the Maori discovery of New Zealand was still marked wrong for his brother at the same school 10 years later.

Instead of "waiting for the oppressor to grow a conscience", he has made his own DVDs on Pacific history.

Fuimaono-Sapolu said he could understand why Polynesian people adopted Christianity and believed conforming to western society was necessary.

"Our villages were getting blown to pieces - you think 'I'm going to conform in order to survive'."

Polynesians had been "sucked into" the colonial system but their acceptance of it had not been helped - they were still at the bottom in terms of socio-economic status, he said.

"If you look at the facts, and you look at where we are as a people - Maori, Polynesian - this is the highest incarceration rate of Maori ever - so it's not working there is it?"

Fuimaono-Sapolu said he was empowered by his mother, a very strong woman with a lot of love and patience for her children.

"She's always been a fighter, we've always gone against the grain - not intentionally, but if you want to stand up for something - Samoa has its problems as well."

He said technology now allowed people to source a wide range of knowledge and read the other side of the story.

"We can actually read about Maori opinion back in the days, without having to swallow the colonial opinion."

Fuimaono-Sapolu said he wanted to pass knowledge on, hence the DVDs of Pacific history. He wanted Polynesian children to feel good about themselves when they were growing up.

He said, as a child, he had no self-belief, and this was what he wanted to pass on, so children felt proud of themselves and believed they could meet their own high expectations.

Many schools in the United States as well as New Zealand secondary schools were now using the DVDs, he said.

Fuimaono-Sapolu now lives in Samoa, where he is a member of a group fighting domestic violence and misogynistic attitudes. He said he could not coach rugby because of his trouble with the IRB.

"My focus now is on the youth - on Polynesian youth, whether it be outer islands or here in New Zealand - on empowering them and making them see how beautiful and brilliant they are, and what has been done by their ancestors and is in their blood."