Peter Capaldi: Who is Doctor Who? 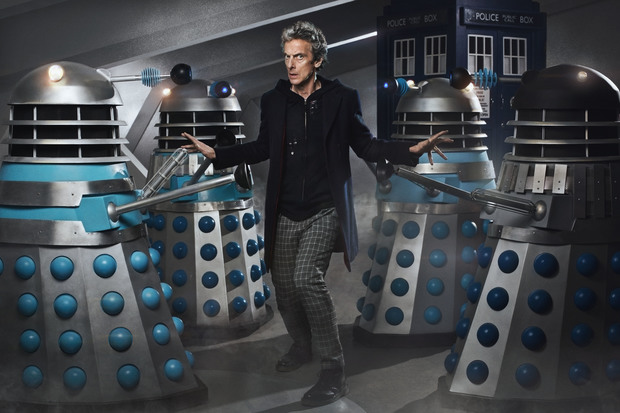 After two seasons as Doctor Who, Scottish actor Peter Capaldi is still finding out what makes the Time Lord tick, but says the Doctor might have more in common with his other famed character Malcolm Tucker than you might think.

He is the 12th actor to play Dr Who since the character was created in 1963 and came to the role after a long career on stage and screen, including his memorable stint as Malcolm Tucker, the political spin doctor in The Thick of It.

Capaldi, whose second year of time-travel adventures are currently screening on New Zealand television, will be the first ever Doctor to visit New Zealand while still playing the role. He arrives later this month for Peter Capaldi in Conversation, which will be held at The Civic, Auckland on 24 November, and will include footage and stories from behind the scenes of the world's longest running science fiction series.

The coveted part comes with its own unique pressures, including creating a new take on a well-loved character, but Capaldi told Kathryn Ryan on Nine to Noon today his starting point was to make the role as personal as possible.

"My approach to it is to bring as much of myself to it as I possibly can. Obviously the scripts arrive and they are beautifully written - Steven Moffat has done a fantastic job in writing the scripts and bring fabulous writers onto the show. They have very specific ideas about who the Doctor is, and I have very specific ideas about that and we try to find a place where that all works and we help each other recreate a doctor that hopefully is engaged with his past and is also looking to the future, and is hopefully a character that people can enjoy.

"But it can be a bit hard because people have so many different opinions about it. The show is so loved and so popular that everybody has got a take on it and you can only do your best and present your own concept of it and see how people like that or not." 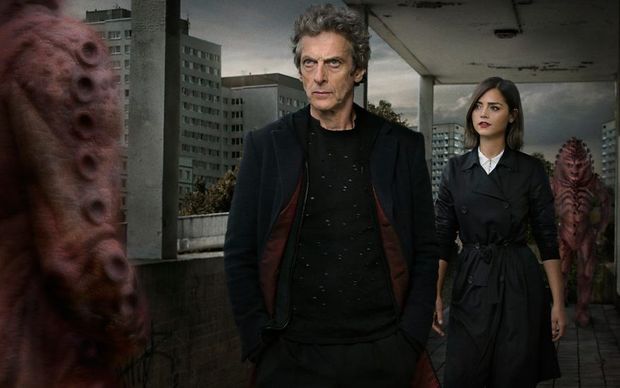 Peter Capaldi as the Doctor in a recent episode of the long-running BBC show. Photo: BBC

For the star of a show created for children, Capaldi's Doctor can be stricter and more biting than his predecessors, but the actor says it was a necessary adjustment to keep him a little other-worldly.

"I know this sounds odd, but I felt it was important to make him less accessible to the audience, because he is a mystery and he is strange. He shouldn't be someone you feel automatically at ease with. It's difficult to generate any mystery about a character when people know so much about that character, but I think part of that was trying to disconnect from being so user friendly, in a way."

Capaldi said the more serious dimension was an inevitable consequence of his age. "Any actor of my age who plays this kind of part has been around a bit longer, and been beaten around a bit more by life. So I think that my Doctor is a bit beaten up a bit more by life. It's a wonderful, wonderful part, because he is both an enthusiast and a clown and is also this haunted figure, because he is surrounded by creatures and people who delight him, but in a way he can see their future."

But the spiky nature of the character was balanced out by a lighter touch, said the actor.

"Even at his most spiky form - which is probably William Hartnell, the first Doctor - he still retained this absolute commitment to looking after people and trying to do the right thing and I think that makes him really interesting. He's a good person, without necessarily being the most popular person in the room, although he is, because he's so clever and funny and witty.

"I think he thinks it's amazing that he has this privilege to fly around in time and space. He thinks that it's absolute fantastic and very enthusiastic about that. He knows so much about what has happened and will happen and that is almost a door to madness, so he has to balance that out. So he has this enormous enthusiasm for the wonders of the universe, but he is also haunted by the knowledge of how bad things can go."

Out of the loop

Capaldi has a more cult following for his lead role in The Thick of It, with his Malcolm Tucker making a deep mark with his expletive ridden rants, acidic wit, and Machiavellian machinations.

Capaldi told Nine to Noon Tucker was a complicated character, but you could not call him cynical.

"I always thought Malcolm was a product of his job. He had found he was in this world that was a tough, cut-throat world in which you had to be a tough guy to survive and to get your work done. So that had hardened him and calcified him and also made him pragmatic.

"I hate the word cynical, I think it's an easy word to bandy around, what I think people who recognise the realities and possibilities of bad things happening are cynical, but they actually can be pragmatic and romantic and committed and wonderful. I'm not saying Malcolm was a wonderful person, but he recognised that his job involved doing bad things, but he thought he was serving a greater good. He understood what he had to do, but he didn't have respect for the people he was serving, which inevitably was a time bomb that was going to go off with him at some point." 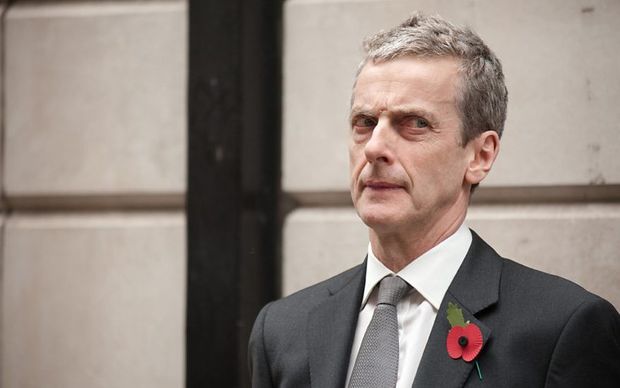 Peter Capaldi in The Thick Of It Photo: BBC

The actor's role as Randall Brown, the BBC's head of news during the cold war in the series The Hour, saw him take on another hard-bitten character, but he said the three characters he is known for all shared a softer side.

"But ultimately the Doctor is almost like a cosmic bohemian, he is just in love with the delights that could be discovered by looking into the sky and seeing the stars being born, or sitting in a supermarket carpark and watching the litter being thrown around by the wind at dawn. He can find beauty in all of these things. But unfortunately, when a monster shows him, he is usually the only person who can deal with it." 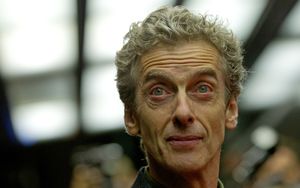 The Doctor usually deals with monsters in the most imaginative way, and Capaldi said this focus on the imagination was another one of the keys to the 52-year-old series' success.

"It not only respects imagination, it triggers imagination. If you look at the show, if you shine a harsh spotlight on the show, you'll see many cracks in it, the old bits of tin and polishing and sellotape. I'll watch TV and I'll be going through channels and some old episode of Doctor Who will come on and, even though it looks a bit tacky, I'll still watch it because there is something about the show that transcends its actual physical presence.