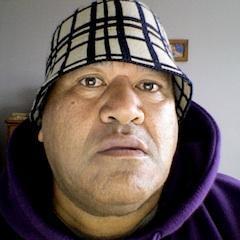 Former prisoner and gang member, and career criminal Fa'afete Taito has told a prison forum why he believes the current rehabilitation system is failing.

Fete Taito was a member of the King Cobra gang, he was also a P addict and served over 14 years in prison for a range of crimes including aggravated robbery and drug dealing. He says the anti violence and other rehabilitation programmes in mens' prisons are a waste of time - and the only way to genuinely create change is to start in the community in which the men live.

Six years ago Fete Taito turned his life around - He severed ties with everyone in his life, bar his immediate family - moved to a different part of Auckland and got himself off P.

He recently graduated from Auckland University  with a Bachelor of Arts degree double majoring in Sociology and Māori and will continue with post graduate study next year.

At the weekend he spoke about his experiences at an Auckland forum on the prison system in the 21st century which was attended by prison researchers, MP's,  youth workers, psychologists, criminologists and some department of corrections staff.