The mystery of the fried egg, the forgotten shoes, and taking orders from a cat. All in a days work for the Scilly Isles Police team.

The isles of Scilly are an archipeligo 45 kilometres off the coast of Cornwall, with just over 2-thousand residents. Thanks to Sergeant Colin Taylor's amusing blog postings about life and work on the islands, the Scilly Island police force has gained a worldwide following.

Colin Taylor regularly updates the community about the cases the team is working on. 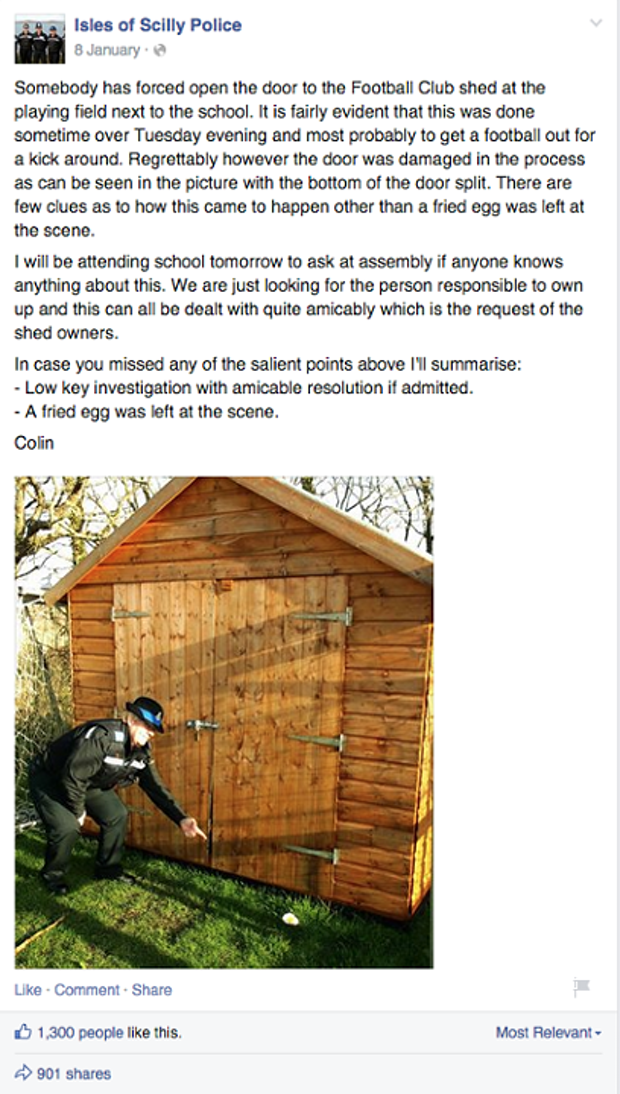 Sergeant Taylor describes the job as "Like Heartbeat but less frenetic. Policing is like this everywhere but not everywhere is Scilly"