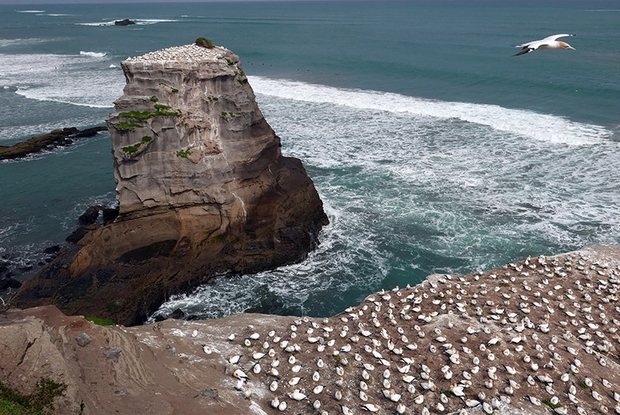 A couple of weeks ago, the Environmental Defence Society held its annual conference, this year called 'Wild Things', and focusing on New Zealand's biodiversity crisis.

One area where EDS has made a recent big splash is with a book called Sustainable Seas: Managing the Marine Environment - a 400-page volume that looks at New Zealand's marine realm and how it is governed. (for which I wrote a forward.)

It starts out with a couple of vital statistics: more than three-quarters of NZ's biodiversity is in the sea, and only one quarter of those species have been scientifically described, or even named. And while 30% of NZ's land area is in conservation protection, less than 1% of our marine realm enjoys similar protection.

The first half of book looks at the marine environment itself, what it’s made up of, the bits that have some form of protection, issues of biosecurity, and issues of governance.

Where EDS excels is drilling down into the detail. One of the problems in managing or governing the marine environment in NZ is that jurisdiction of the marine environment is apportioned among multiple agencies with multiple policies and pieces of legislation. Sustainable Seas is a guide to understanding and negotiating this jurisdictional thicket. The first half of the book is taken up with that task.

"As the marine area becomes more utilised, conflicts between activities are becoming more acute. This has been increasingly evident in New Zealand, with recent conflicts between marine protection and fisheries interests; between fishing and mining activity; and between aquaculture and landscape protection. Such poorly managed conflicts create cost and uncertainty for all parties and the environment."

MSP is a way of looking at all the potential human activities and uses for parts of the sea, looking at the ecological profile and environmental limits of the area, and figuring out a way to minimise conflict and maximise long-term sustainability.

The second half of the book looks at specific marine activities – such as fishing, sand mining, aquaculture, minerals and mining, oil and gas, recreation and tourism, and looks at the potential environmental effects, the decision-making framework and process, the elements of best practice and two or three case studies.

So, a massive and massively important contribution to understanding this most difficult of environments to manage, because we know so little about it, and can't see the effects of our activities very easily. Though new tools are making that easier. One very cool technology is satellite tracking, and it is telling us a lot that we didn't know - some of it very useful, some of it quite worrying.

In the latter category, the extended foraging journeys that some of our albatrosses are having to make as food resources become depleted. And in the former category, our knowledge about where sharks migrate is being radically improved e.g. mako shark migrations to Tonga, which I write about in the latest NZ Geographic.

The book's last chapter makes a crucial connection between land and sea. Healthy seas are impossible without healthy catchments. The vast stormwater networks of urban areas that pour a chemical cocktail into the sea with every downpour are a critically important component of marine management. So, too, are waterways that channel nutrient runoff into the sea from intensively farmed agricultural land.

The core message of conservation is that "everything is connected." Which is one reason I love the motto that is etched into the concrete beside new stormwater drains in many of our cities: “Dump no waste, flows to sea.”

Sustainable seas, and seas that sustain. Both are necessary.