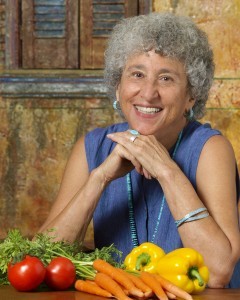 Food politics professor, Marion Nestle calls it "physical activity diversion" – the way big food companies are trying to change the conversation around their product's links to obesity and poor health by promoting increased physical activity as the best way to lose weight and improve health.

The NYU professor and author has been collecting food and health studies for her blog that serve the interests of their food company sponsors. Studies that reject the products links with obesity or disease, including high-fat cheese and sugar.

Professor Nestle says there is a clear conflict of interest. She estimates that 90 percent of studies about soft drinks that were funded by that industry conclude it is not bad for you.

"These days, you almost have to feel sorry for soda companies. Sales of sugar-sweetened and diet drinks have been falling for a decade in the United States, and a new Gallup Poll says 60% of Americans are trying to avoid drinking soda. In attempts to reverse these trends and deflect concerns about the health effects of sugary drinks, the soda industry invokes elements of the tobacco industry’s classic playbook: cast doubt on the science, discredit critics, invoke nanny statism and attribute obesity to personal irresponsibility" One example is the Global Energy Balance Network, which is described as a non-profit group promoting research into the causes of obesity. It concludes that the answer is to increase physical activity rather than reduce intake of certain foods. It is funded by Coca Cola.

"Personally, I can’t wait to see the list of Coke-funded research activities. Want to bet how many of those studies came out with results that Coca-Cola can use to claim that sugary drinks have no effect on obesity or type 2 diabetes?"

Professor Nestle says companies that produce natural foods are doing it too, trying to boost sales by painting theirs as a super food that reduces disease. For example the Almond Board of California funded a study recently that showed eating almonds is good for diabetics.  "It looks like science, but it's not. It's business first."

Marion Nestle is author of several books on food and nutrition. Her 2002 book Food Politics: How the Food Industry Influences Nutrition and Health - revealed how the food industry in the US consciously encourages people to eat more and more often.

She spoke with Kathryn Ryan on Nine to Noon.