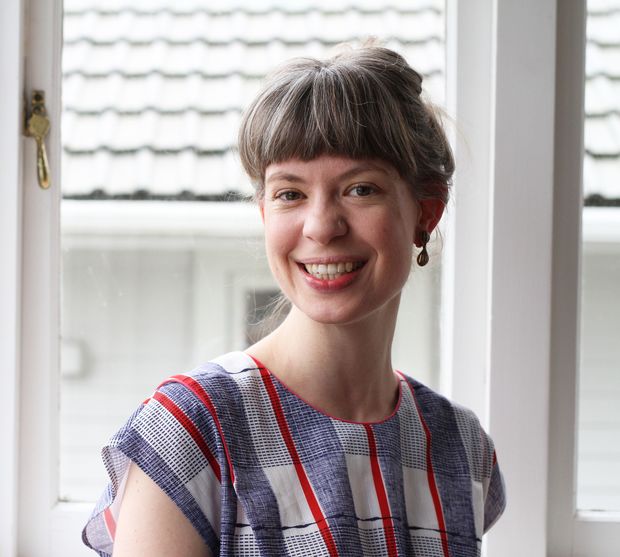 Hannah August says many women don't like the way singledom is portrayed by the media. Photo: Jenna Todd

Australian demographer Bernard Salt, who coined the phrase, told the Melbourne Age the imbalance was so bad that "a 34-year-old heterosexual woman in New Zealand [had] as much chance of finding a male partner her own age as does an 85 year old woman".

Wellington author Hannah August decided to delve further into the impact of this mismatch and began interviewing single women about their experiences for her book No Country for Old Maids? Talking About the Man Drought.

She said most media coverage didn't capture the vast range of women's experiences.

Many articles also implicitly suggested single women needed to do more to attract a man, including presenting themselves differently, relocating and using internet dating.

"Those accounts also offer women little or no rejoinder, they deny women the chance to explain why, in fact, they may wish to trust their own judgement about what, or who, is right for them, and why a particular proposed 'solution' to their singledom, might for them, be no solution at all," August said.

She spoke with 22 single women, mostly in their 30s, about their experiences and the single biggest issue they grappled with was online dating.

"Some feel anxious about the commercialised side of it; women spoke of feeling like they were part of a market. It encourages people to look in quite a narrow field and the field is already narrow."

August said many did not like the way singledom was portrayed in the media and the assumption that it was their choice to be single. 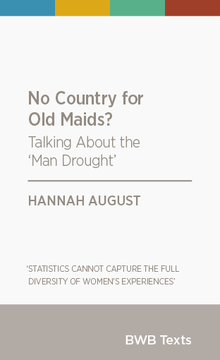 She said many older single women felt there were just two assumptions made by others.

"Either you're a desperate and dateless cat lady, or a driven, career-obsessed woman. When really there is a lot in between".

She spoke to Kathryn Ryan about her book and why she believes the conversation about the man drought needs to change.

Read more about all the single ladies on The Wireless

Hannah August's book No Country for Old Maids? Talking About the Man Drought is published by Bridget Williams books.