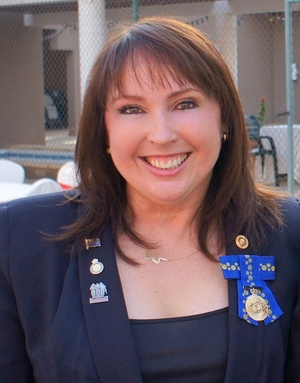 Kay Danes, her husband Kerry, and their young family were living in Laos in 2000, where Kay and Kerry were working for a security company.

The family were heading home to Australia for Christmas, when Kay and Kerry were arrested on trumped-up charges of gem theft from the country’s biggest sapphire mine. They were separated from their two children and imprisoned in a Lao jail, where they remained for nearly a year. During that time, prison guards tortured Kerry and assaulted Kay, to try to force them to admit their guilt.

They were eventually released and  Kay has gone on to become a human rights advocate for other prisoners held abroad, as well as writing three books. Last year, she received the Medal of the Order of Australia in 2014, for service to the community through promoting social justice and human rights.