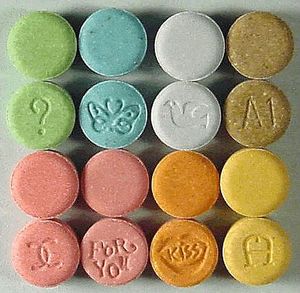 A toxicologist at Wellington Hospital's emergency department is calling for the purest form of ecstasy, MDMA, to be legalised.

Emergency physician and toxocologist Paul Quigley told Nine to Noon the drug was much safer than the new synthetic substances flooding the market.

Staff are struggling to deal with people who have taken synthetic drugs like N Bomb, which caused psychosis, hallucinations and damaged internal organs.

It would be safer to legalise a drug such as MDMA, which did not have such serious side effects, he said.

"It used to be a prescription medicine. It was used by doctors in the 70s quite extensively for psychiatric work and work in marriage counselling, of all things.

"So there's even human trials out there - there's doses established etc, and then it was banned ... without considering whether it even had a purpose in medicine or not."

The Government would be able to regulate the market if the drug was legalised, Dr Quigley said.

"We've got to start thinking about new ways of controlling and one of them may be to provide a safe alternative," he said.

"In New Zealand, with the Psychoactive Substances Act, we've got the potential to do that because we could assess it, decide whether it's safe, we could regulate it, we could earn income off it, we could restrict it."