A Wellington medical research team is preparing the ground for clinical human trials for a promising cancer immunotherapy and vaccine.

Clinicians say immunotherapy is a revolution in the treatment of cancer as it harnesses the body's immune system to fight the disease. 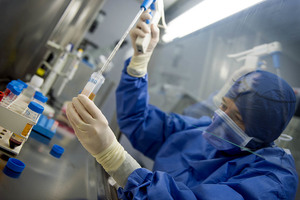 The Malaghan Institute and Victoria University's Ferrier Research Institute have been working together for many years on immunotherapies and have developed what they call a technology platform for synthetic vaccines, which can be modified to fit certain diseases.

It allows for organic chemicals to be combined to create a therapy which harnesses the body's immune system. In the lab, the synthetic vaccine technology has been shown to delay the growth of an aggressive melanoma tumour.

Richard Furneaux, director of the Ferrier Institute, told Nine to Noon immunotherapy could be ground-breaking.

"Obviously we can only speculate that immunotherapy will have a much lower toxicity associated with it.

"Our aspiration is that this will be a lot safer and you'll have a lot less side effects, - your hair won't fall out, your GI [gastrointestinal] tract won't fall apart - but we have to prove that."

The next step is to select a lead indication for the platform; that is, which cancer it will be modified to target. Once that is decided human clinical trials can begin.

However, these cost hundreds of millions of dollars. 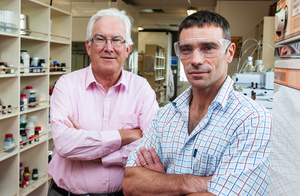 The researchers have set up a new company, Avalia, to attract further investment to put forward an Investigative New Drug application, or IND. This would most likely go to the US Federal Drug Administration (FDA), which decides whether or not human clinical trials can proceed.

Prof Furneaux  said Avalia's chief executive Shivali Gulab would be based in the US, which was the best place to secure additional funding and work alongside the major pharmaceutical companies.

"The large companies that sell pharmaceuticals have big supply pipelines. We can't do it all on our own. If we are going to be involved in establishing a high-tech economy, my position is that the pharmaceutical industry is the major one, and it is possible for us to participate in it."

He expected it would be at least two years before humans clinical trials could take place. Ultimately, about $1 billion would be needed to market the drug.

Richard Furneaux and Shivali Gulab spoke with Kathryn Ryan on Nine to Noon.