For Off the Beaten Track outdoors man Kennedy Warne discusses how to maximise your chances of survival in the bush. 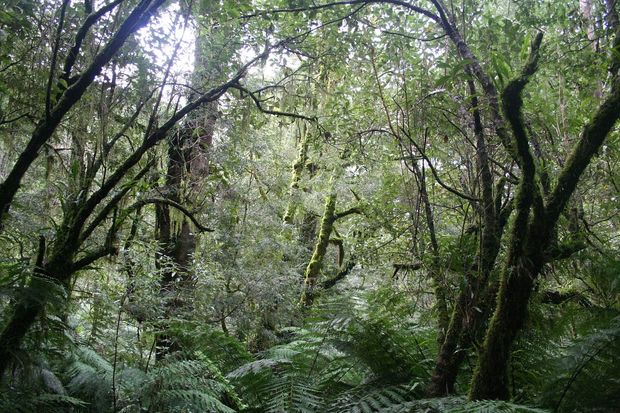 There have been a couple of instances in the last few weeks of people becoming lost or separated in the outdoors. One, involving a trail runner in the Rimutaka Ranges near Wellington, had a happy ending. She was found 24 hours after becoming disoriented and spending a night in the forest. The other, involving a young American woman in a party of three crossing an alpine pass in Mt Aspiring National Park, did not. Her body was recovered from the Young River several days after her companions raised the alarm after tramping out.

I will not discuss or speculate on the specifics of either case, but want to talk in general about becoming separated and/or lost in the outdoors. How to avoid it, and what to do in the event that it happens.

Groups split up. There are innumerable reasons, from “I’ll sprint ahead and put the kettle on at the hut” to “You go ahead, I want to take photographs.” Sometimes it happens that one member of a group is just a slower walker than others. Or maybe has a new pair of tramping boots and has blisters. Or has suffered a mild sprain. Or maybe is feeling under the weather.

Should groups split up? I asked Robin McNeill, president of Federated Mountain Clubs, a national organisation of outdoors groups, and author of “Safety in the Mountains”, published by FMC. His comment:

“Stick together, no matter what—it saves time in the long run and prevents bad decisions.”

McNeill, who has 40 years of backcountry mileage under the soles of his boots, said that when he’s tramping in a group “we always stick together and the only time things come unstuck is when some of the party push on ahead to find the best route, whereupon we muck around for half an hour regrouping and losing whatever advantage we may have gained.”

His blunt summary: “If you find yourself with others who push on without regard to the rest of the party, find yourself some new friends to go tramping with.” Another friend, who has written a book on survival in the New Zealand backcountry, commented: “You travel at the speed of the slowest member—that is the ethos of tramping. You don’t burn the weak... the next day it might be you.”

Fair enough, but it happens, and it takes quite a degree of discipline not to go down that path. One problem, I think, is that a lot of people revert to “rugged individual” mode in the outdoors. Part of the attraction of the outdoors is that it fosters a sense of connection with nature. And some people want that. And sometimes other people get in the way. So a natural loner can opt to fall behind and “catch up later.” (McNeill’s comment: “I don’t hold much truck with loners in a tramping party.”)

Or it can be the other way round, where a stronger, more athletic or experienced tramper/mountaineer wants to travel at the pace that suits them, disregarding other members of the group who travel at a slower pace. I’ve been in situations like this, where I’m the slowpoke who arrives at a river crossing where my mates have been waiting, and just as I throw down my pack to take a breather, they, rested and refreshed, say, “Righto, off we go, then.”

One of the difficulties with group dynamics is that for a lot of people a trip may be with a group that has come together for just that trip, perhaps at the last minute, with individuals not known to all participants, so individual quirks, preferences, behaviours, etc won’t be known in advance. In this case, ground rules need to be established as soon as separation issues arise.

This can occur in dense forest (especially on poorly marked trails) or in bad weather (eg low cloud, rain, fog on alpine passes). Maybe even the result of a toilet break or a photo stop—though, if the party was following McNeill’s advice, as soon as it became apparent that one member was no longer in visual or voice contact, the frontrunners would stop or turn back to look.

Things to do in case of accidental separation:

a) Carry whistles. The first thing that happened when I set out on my trip into the Olivine Wilderness Area earlier this year was that the leader of the trip handed out $2 plastic whistles which we wore around our necks. The fact is that the human voice carries poorly in the outdoors. If there’s even a faint sound of a river, you won’t be heard, no matter how loudly you holler, even if you’re only 50 metres away. But the sound of a high-pitched whistle carries a long way. I considered those whistles one of the best pieces of equipment we carried.

b) Retreat. In many cases your best option if you’re disoriented or don’t know where you are is backtracking to a previous known position—for example, the last place you knew you were on the trail, or the last cairn, pole or marker you passed on a mountain crossing. Surprisingly, the annals of survival literature show that many people don’t take this seemingly obvious option. There’s an impulse to keep moving forward—that this increases your chances of locating your companions or re-finding the path. It is almost always the wrong decision. Your chances of getting lost, or further lost, increase dramatically.

Of course, in bad weather retreat may not be possible. You may have become disoriented and have no idea where you have come from. It also becomes impractical if retreating means climbing a steep scree slope you’ve just slid down, or if you’ve run out of energy, or if you’re in an exposed situation of bad weather and at risk of hypothermia. Navigation—often difficult for many people at the best of times—becomes exponentially more challenging if you’re under pressure and feeling panicky. It is especially easy for inexperienced trampers to become spooked by weather, or even the place (eg steep terrain, a rising river). In which case, staying put is usually the recommended option.

But, as one of the Search-and-Rescue (SAR) volunteers who was involved in the search for a missing tramper in Mt Aspiring recently, commented: “Staying put only works if you’ve got somewhere secure and safe to sit. On Gillespie Pass with the weather hounds of hell howling at you you’re not going anywhere but towards a hut.”

c) Carry a cellphone that has GPS and a map app. Most cellphones have GPS, and you don’t need a connection for it to work, and there are several apps that provide topographical maps of NZ, and will show your location. Even if you’re not an ace at navigation, you can at least see where you are, and figure out if you’ve been walking in the right direction.

All of this becomes a marginal proposition if the weather is deteriorating. And to a considerable degree the outcome depends on the party’s experience and ability to handle adverse conditions. My SAR colleague commented: “A lot of the trouble is inexperience, also a lack of awareness of how violent the NZ mountains are and how fast the rivers rise. The Mountain Safety Council could do a lot more education aimed at keeping tourists safe in the mountains.”

Compared with awareness campaigns to do with safety around water—which really have driven home the message home about wearing lifejackets and watching little ones around swimming pools—there is little in the way of publicity about safety in the terrestrial outdoors.

Other options for improving your chances.

1. Communication technologies exist. Use them. People are starting to become aware of personal locator beacons, which is a good thing. If you activate one of these, your position is beamed to rescue organisations, which can then find you speedily. PLBs can be hired for around $40 a week from DOC visitor centres, outdoor gear shops, sporting goods stores, even some petrol stations in remote locations. Other communication options include mountain radio (gives you two-way communication—and, importantly, weather updates) which can be hired for about $50 a week; plus various satellite phones and messaging devices (more expensive) that will work where there is no cellphone coverage—which is most places in the outdoors.

2. Consider carrying a tent. As wonderful as our hut system is, there can be a problem if, as in the case of the tramper on Gillespie Pass, reaching the hut becomes dangerous due to a flooding river. Robin McNeill comments: “Huts kill people as well as save them. If you rely on staying in huts and you can’t make it, you are in the cactus. If you carry a tent, you always have ready shelter on hand.” Hiking tents are so lightweight today, it’s almost something you should consider carrying as part of your standard tramping kit.

3. Something the Mountain Safety Council stresses on its website is tell someone your plans — and the MSC website provides a step-by-step guide on how to do this so that the people you tell will know what to do in the event that you don’t return when you say you will. Another service that has been operating over the last few years is called Adventure Buddy. Before heading out on a trip, trampers complete an online form with details of their trip including where they are going, who is going with them, what equipment they are carrying and a time and date when they due back. The service is partly designed for overseas visitors who may not have trusted contacts in New Zealand to whom they can give their intentions plan. But also, it’s a professional service operated by people who know exactly the protocols to follow if the person fails to return when they say they will.

A final comment: One of the contributing factors to mishaps in the outdoors is that people don’t allow for weather contingencies. Tramping trips are often fitted in to time windows in busy personal schedules. So instead of looking out the hut door at falling rain and saying “Better make today a hut day—who’s got the playing cards?” people feel compelled to push on regardless.