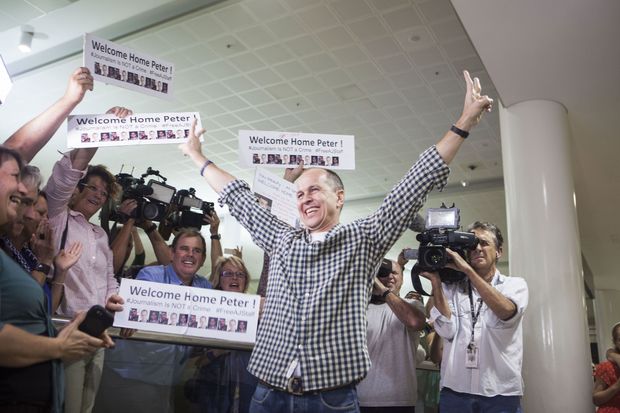 "It's not just in the Middle East, it's not just in places like Turkey, China and so-on - equally in the US, and in this country and Australia, all of these press freedoms are under attack... The government has used the war on terror as an excuse, as a way of legitimising those kinds of fairly draconian measures to limit the scope of the work that journalists can do."

Journalist Peter Greste, who spent 400 days in an Egyptian prison, talks to Kathryn Ryan about the impact of his imprisonment and his ongoing concern that the war on terror is being used to limit media freedom.