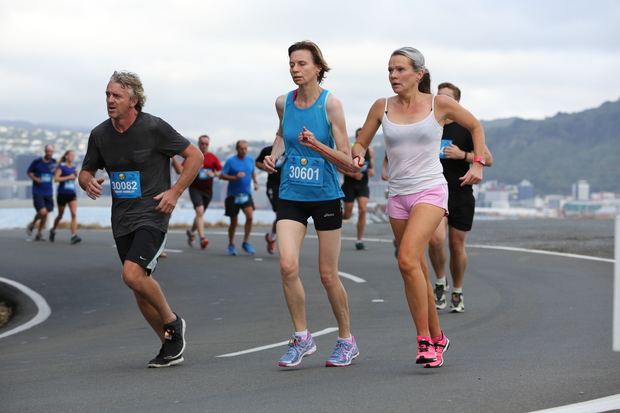 When blind runner Maria Williams needed a new guide, she never imagined a world champion would put her hand up.

Williams has been vision impaired since birth and lost her sight 13 years ago when she was in her early 30s. She started running just three years ago with a work colleague from the Ministry of Social Development.

When she moved to Wellington last year she needed to find a new running guide; champion runner Melissa Moon took up the job.

"I'd reached a time in my career where I felt I'd done enough for myself. I've had 20 years competing for New Zealand internationally and I was ready to jog for fitness and fun. But then someone said to me Maria was keen and I thought, yes!" Moon said.

It became a lot more than fitness and fun. Moon realised just how talented Williams was and instead of taking her on a once a week run as a guide she became Maria's trainer. They've competed in several races and are now off to the London Marathon on April 26. 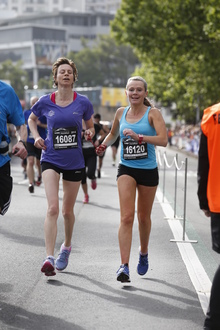 Williams said the training was not easy and Moon pushed her hard.

"She really knows how to train. Now I'm tackling it like a professional. Sometimes I have thought about falling over so I wouldn't have to do this. But then I just focus on other things like my posture and breathing."

Her times have improved dramatically. She can now run a kilometre in 4 and a half minutes and recently completed a half marathon in 1 hour and 53 minutes.

Moon said Maria had what it took, not just physically but mentally.

"She gets it, she's tough, not afraid to put herself on the line."

Williams is the first blind New Zealand woman to compete at the para-athletics world marathon championships.

Maria Williams and Melissa Moon spoke to Kathryn Ryan on Nine to Noon.