Why toys for girls are holding them back

When Alice Brooks was a child she desperately wanted a Barbie doll. She begged her father to buy her one, but he gave her a saw instead. So she made a doll from wood.

It sparked a passion to design and build, leading her to MIT and then Stanford University where she did a masters in engineering. She was one of just a few women on the course.

Brooks realised that, unlike many girls, she had grown up playing with building toys, which had inspired her to pursue a career in engineering.

She said most toys targeted at girls, like dolls and dollhouses, don't encourage the development of spatial skills, mathematics and confidence with technology.

"I was seeing my friend's from growing up weren't even considering engineering as a possibility, whereas I thought it was the logical next step because I already loved building things. That's when I realised I'd had an unusual childhood." 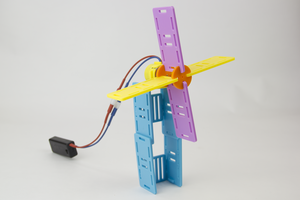 Brooks said in the United States fewer than 15% of women entered university intending to major in science, technology, engineering or mathematics.

She believed it was because many girls don't have exposure to building toys as children.

"We aren't giving enough options to girls early on, when they're just exploring and having fun and trying things out. So when they're 5, 6 years old, if their options are already limited then, of course, they're going to be limited years later when they enter college."

She and fellow Stanford student Bettina Chen want to change that. They set up the toy company Roominate, which makes toys targeted at pre-teen girls, allowing them to design, build and wire their own dollhouses.

"Our mission is to really expand their possibilities, get girls exposed to things like building and putting together circuits and problem solving. With the hopes that a few of them will find that that's something they're really interested in and choose to pursue that later on." 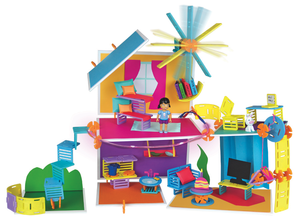 Brooks said they chose to focus on dolls houses as they wanted to bring the spatial and electronic experience into a context that would attract girls.

Alice Brooks spoke to Kathryn Ryan on Nine to Noon about Roominate.