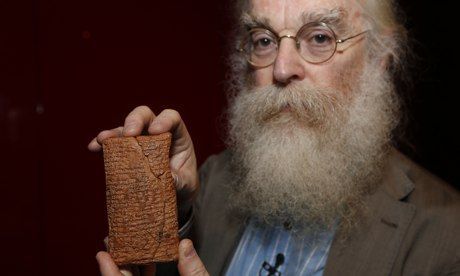 Irving Finkel is Assistant Keeper at the British Museum, where he is curator in charge of cuneiform inscriptions on tablets of clay from ancient Mesopotamia.

In his new book, The Ark Before Noah: Decoding the Story of the Flood, Dr Finkel reveals how decoding the symbols on a 4,000-year-old piece of clay enabled him to make a radical new interpretation of the Noah's Ark myth, one that dates further back than the story's appearance in the Bible.

The tablet reveals, among other things, instructions for building a large boat to survive a flood.