The toll of Huntington's disease on generations of one Wellington family

Wellington film editor Bridget Lyon was 21 when she found out her mother had the gene for Huntington's.

That gave her a fifty percent chance of inheriting the degenerative brain condition.

The symptoms of Huntington's Disease usually become noticable between 35 and 45, and lead to jerky,  uncontrollable movements called chorea, as well as psychiatric problems and cognitive decline.

Bridget and her two older brothers chose to get tested, and found all three of them carry the gene. They will all suffer the same cognitive decline they've watched their mother go through.

Judy Lyon has gone from being a dynamic, fit, loving woman, to one fully dependant on carers, unable to control her body, and suffering severe psychiatric delusions. 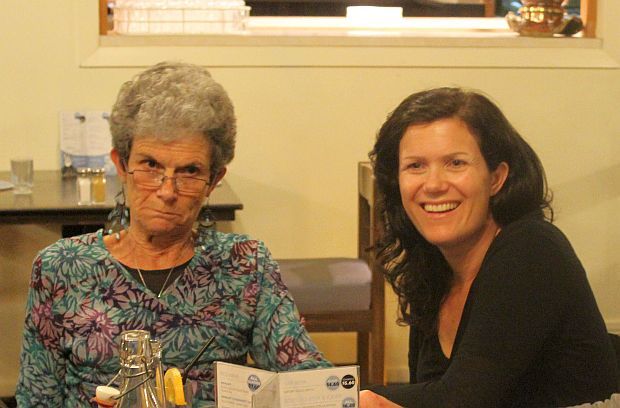 Bridget decided to confront the disease head on and began filming her family's story with her partner, director Jeff McDonald.

Their documentary, The Inheritance, screens this weekend at the New Zealand FIlm Festival

The film shows Bridget's mother's deteroriation over the past 17 years - going from an active, loving and intelligent woman, to one fully dependant on carers and in full cognitive and psychiatric decline.

It also shows Bridget's own attempts to ensure she doesn't pass the gene on to another generation. She and her partner used IVF with pre-implantation diagnosis to ensure their second child was free of the gene. The pregnancy was successful and James was born

So now we can control it, so much is good, compared to what we did have when we started out, which was really just despair. -  Judy Lyon, Bridget's mother.

Bridget Lyon and Jeff McDonald share their story with Kathryn Ryan on Nine to Noon.

Read more about the impact of Huntington's disease on The Wireless