With the release of new decile ratings, which determine funding for schools, is there a better way to work out funding formulas so disadvantaged students don't miss out? Hekia Parata, the Education Minister, discusses the system.

With the release of new decile ratings, which determine funding for schools, is there a better way to work out funding formulas so disadvantaged students don't miss out? Dave Appleyard is the principal of Rata Street School in Naenae, which has gone from a decile 1 to a decile 2 ranking in the new calculations, with the loss of $70,000.

09:30 The global clampdown on multinational companies that avoid paying tax

The OECD's tax director Pascal Saint-Amans is leading the charge to close the loopholes.

10:05 New Zealand's Candidate for the United Nations Committee on the Rights of Persons with Disabilities for the 2016 election - Robert Martin

Robert Martin is intellectually disabled, he is a disability advocate and New Zealand's Candidate for the United Nations Committee on the Rights of Persons with Disabilities for the 2016 election. Robert Martin was born in New Zealand in 1957. He was a forceps baby and because of complications at his birth was left intellectually handicapped. He grew up largely in institutions and felt outside of society, but he has gone on to be an advocate for people with disabilities. A book has just been released about his life, Becoming a Person, The biography of Robert Martin by John McRae.

10:45 The Reading: 'Up the Olive Tree' by Venetia Sherson

The adventures of a former newspaper editor who spends a few months each year working as a WWOOFer (willing worker on organic farms) in Italy, sharing the joys of the season with an assortment of colourful employers and fellow WWOOFers (1 of 5, RNZ)

AUT Senior Lecturer and chef Alan Brown is classically trained and has cooked for silver-service at the London Ritz. But he has also been drawn throughout his cooking career to food cooked in ovens fuelled by wood. He has written The Complete Kiwi Pizza Oven to celebrate the New Zealand love of cooking outdoors. It includes advice for building a pizza oven and advice for great pizza. He shares his favourite wood-fired recipes for meringues, splayed chook, and primavera pizza - and explains how to tailor them for a normal oven too.

Kennedy Warne reports from Sydney, on the once-in-a-decade World Parks Congress – an eight-day conference looking at the state of the world's protected areas.

Keeping an eye on – and under – the ocean. 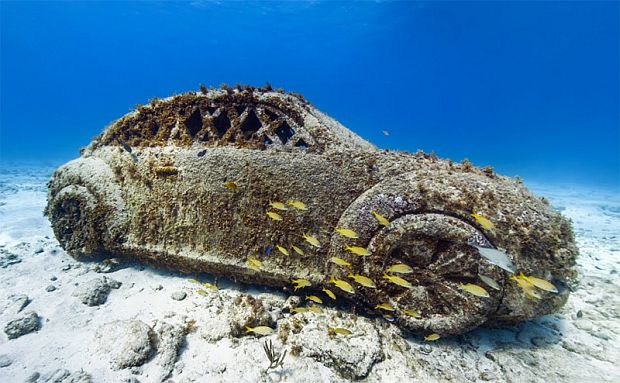 One of Jason de Caires Taylor's pH-neutral sculptures on the seafloor of Isla Mujeres, Mexico, can be explored with Google's underwater "street view."