Labour has struggled in the polls, its average support over the last four surveys in the campaign is 24.3 percent.  David Cunliffe has been campaigning to lead a Labour-led government with support of the Green Party and New Zealand First. 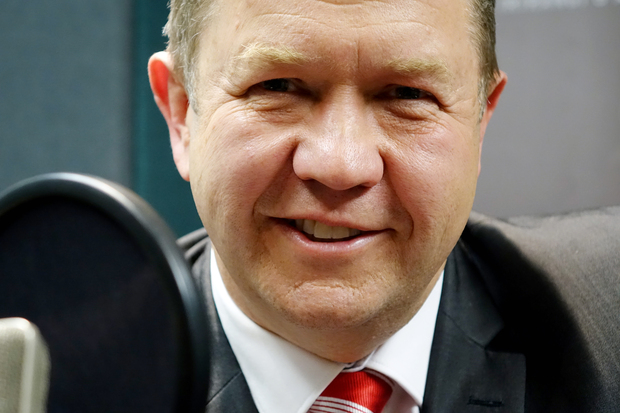 Chinese communist party anti-corruption officials are looking to investigate suspects in this country. According to a Financial Times investigation, a New Zealand citizen who fled here from Guangzhou is among a group under the spotlight. What issues does this raise for New Zealand? Jamil Anderlini is Beijing Bureau Chief for the Financial Times, and Nine to Noon's Asia correspondent.

Looks ahead to the Scottish Referendum

10:16 Fitness motivator Bevan Eyles on motivating people to get fit

Bevan Eyles has worked in the fitness industry for fifteen years. He's been a competitive Ironman triathlete, runs marathons, he has presented at international fitness conferences and coaches runners of all levels. Along the way he says he's discovered that health and fitness isn't about a certain exercise, or about being on the latest diet, or buying equipment that promises fantastic results. He has concluded it is all about a person's behaviour and figuring out what works for them. He's written a book called The Fitness Attitude about learning to love keeping fit.

Diane Rowe is running out of leads as she tries to work out who's responsible for the murder of her former client. But there is a voicemail from the dead woman and a member of the family who's been arrested by the police. (Part 8 of 12).

Nathan Mikaere Wallis is part of the Brain Wave Trust, and X Factor Education, Christchurch. He has been a lecturer at the Christchurch College of Education, lecturing in human development, brain development, language and communication and risk and resilience. Nathan has a background of working with children in counselling settings relating to domestic violence, sexual abuse and childhood trauma.

Spark (nee Telecom) has launched Lightbox an on-demand streaming TV service online, soon Sky TV will be doing the same. Both are in competition with internet giant Netflix. How NZers can access Netflix and why they might want to?