09:05 "Deleted" and "private" information that companies keep on you

09:15 The future of ISIS ambitions in Iraq and Syria

More than a month after Sunni Islamist insurgents, some operating under the banner of al-Qaeda linked group ISIS, what is the security situation in Iraq? International security expert and Massey University senior lecturer, Dr. Negar Partow, gives a history and background to the group known as Islamic State of Iraq and Syria as they attempt to carve out a "Sunni caliphate" in the region. She looks at their ideological stance, their success and financial resources, and their impact on the region's security as well as individual freedom and future of Jihad. Dr Partow has worked for the Centre for Defence and Security Studies at Massey in January 2012 and teaches courses on Security theories, the Middle East security environment and Human Rights. She previously lived in Iran, before moving to New Zealand in 2002.

Bianca Andrews is a 24-year-old mezzo soprano from Wellington who's been described as one of this country's most promising young singers. She is a finalist in the Lexus Song Quest tomorrow night, and in September will move to London to the Guildhall School of Music and Drama.

As a child, British author, performer and poet, Nathan Penlington became obsessed with the series of Choose Your Own Adventure books. Years later when he discovered a job lot of the first 106 adventures for sale on eBay, there was never any question that he would place a bid.

What he found intrigued him. In the margins of each book were the scribblings of the little boy who had once owned them. He wrote jokes and hints for adventurers following the same stories as him. More troubling, among the notes were intimations of a tormented childhood. Nathan decided he had to find that boy.

He has written about his quest in his new book, The Boy in the Book. 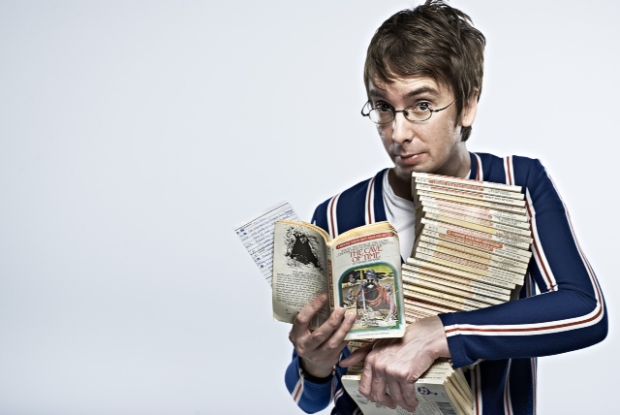 Book - The Boy in the Book, by Nathan Penlington published by Hachette New Zealand, RRP $37.99

A  fiction which tells the story of four convicts who stowaway and then get dumped on an uninhabited Pacific Island. (Part 4 of 12)

11:45 The week that was with comedians James Elliot and Pinky Agnew